Sure, Facebook and Twitter boast more active users than Pinterest, but at 70 million monthly users, the pinning platform is nothing to sniff at. These two social media giants have already introduced their own versions of a buy button in order to speed ecommerce along for brands and buyers. Now Pinterest has made the announcement that they’ll add their own buy button to the mix.

We’re pretty sure Pinterest’s buy button will change ecommerce forever, which is something Facebook and Twitter really wanted to do—but they didn’t quite get there. Why would Pinterest, with so many fewer users, manage to edge out the competition?

The big problem with Facebook and Twitter buy buttons is that consumers just don’t trust these guys. With story after story in the news about privacy issues, buyers are wary their financial information might make it into the wrong hands. Aside from that, they may not want everyone and their grandma knowing what they just bought.

If Pinterest can get in there with a buy button and see success of any kind, they’ll already have a leg up over the social giants. It’s enough to make anyone watch with interest, isn’t it?

Most people visit Facebook and Twitter to share their own news. Selfies, the latest girls’ night out, news about their families, baby pics, attempts to get retweets from celebrities, and beer festival brags or flea market finds — these are the things people use Facebook and Twitter for. It’s possible they’ll read about new products and connect with brands to get the latest news, but for the most part, users want to share.

The big advantage Pinterest has over other social networks is that people go there with shopping in mind. Whether they’re looking for decorating ideas or recipes, their main purpose is to consume. By removing one or two steps between “want” and “own,” Pinterest could fill a huge void in the ecommerce world.

While the buy button is still a thing of the future, the social platform has come up with several other ways to help ecommerce brands in the meantime. Pin It buttons, Rich Pins, and Promoted Pins help buyers get all the information they need to make a purchase. They still have to go to the brand’s website to make the purchase, but by that time, buyers have already made the decision.

These tools plus a buy button really could put them in first place when it comes to social media ecommerce. Pinterest has a reported $11 billion from funding that they can use to build and test the buy button. We’re pretty sure they’ll develop something amazing with that kind of cash on hand. Brands are probably already lining up for their chance to test the tool before anyone else.

What do you think about a Pinterest buy button? Do you think the social media network is in a unique place to see actual success with one? 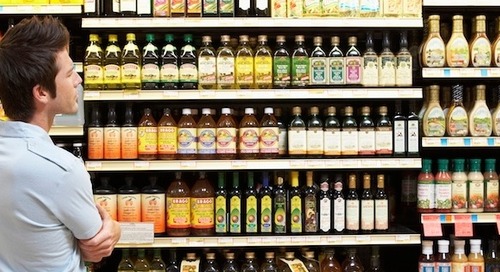 The Psychology of Choice 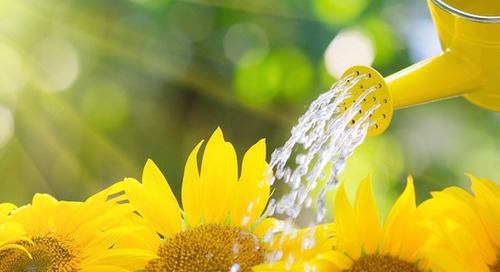 Most of us publish blog posts the same way. We spend tons of...