Last year, we saw significant changes in marketing technology. Mobile and social search shifted marketer’s SEO efforts, and messaging apps started to introduce new ways for brands to connect with their audience. But one channel continued to hold the reputation of ‘ol reliable among marketing teams: email.

Serving as one of the oldest digital mediums still in use, email is known for delivering the highest ROI among digital marketing channels. However, as the applications and devices people use to view emails continue to evolve, the prospect of optimizing for the inbox has become a bit more complicated.

In 2015, Litmus -- a web-based email creation, testing, and analytics company -- tracked over 13 billion email opens worldwide as part of its 2016 State of Email Report highlighting trends across all industries and verticals. Here’s where people are engaging with email most.

Be sure to check out the full State of Email Report for complete and detailed data.

The Current State of Email Engagement

Before we could determine how people were engaging with email, we needed to define what clients they were using. Here's what we found: *Some email clients may be over- or under- represented due to automatic enablement of images and/or image blocking.

In 2015, opens across all of the major webmail clients decreased. The fall in Gmail opens and subsequent rise of iPhone and Android opens may suggest users of the Gmail app are switching back to the native email apps on these phones.

It’s probable that this move toward mobile is also affecting Yahoo! Mail and Outlook.com opens. Subscribers are likely using those apps on their phones, rather than in the actual webmail client, which would be reported as a mobile open, rather than webmail."

While the rest of desktop opens remained relatively stagnant in 2015, Outlook opens decreased 33% and now represent only 6% of opens.

The popularity of Outlook overall is on the decline, with older versions of the desktop client -- which has better HTML and CSS support -- being phased out in favor of newer versions. Outlook 2016 for Windows was released in September 2015 and has already seen some adoption, picking up over 5% of Outlook opens. Outlook 2013 also saw a 50% gain over the year, whereas Outlook 2003 dropped 35%."

Digging deeper into the data, we also measured the past five years worth of data by environment in order to further clarify trends.

The results show the meteoric rise of mobile, which is almost entirely at the expense of desktop environments. As seen above, mobile dominates email engagement. Looking even further into this, here’s how mobile engagement trends break down over the course of 2015. Android opens increased 35% to represent 10% of opens, and iPhone opens rose from 27% to 33% of opens. Conversely, iPad opens decreased 5% over the course of the year and now only represent 12% of mobile email opens.

So while mobile continues to see increased engagement everywhere, marketers are left to wonder, what’s up with the iPad?

Smith adds, "iPad opens have been on a continuous decline over the past year. It’s probably no coincidence that the iPad’s slump to 12% of opens has accompanied a downturn in tablet sales. As of Q4 2014, Apple had sold 12.3 million iPads, while Q4 2015 figures report sales of 9.8 million -- a 20% drop.

While lower-priced tablets from Microsoft and Google may have impacted iPad sales and open figures, it’s possible that other Apple products may be cannibalizing sales. For example, the dimensions of the iPhone 6 Plus may serve as a suitable tablet replacement -- providing users with the ultimate ‘phablet.’”

What This Means for Marketers

As marketers, we tend to spend a disproportionate amount of time on optimization. We optimize for search engines to get found and for conversions to generate prospects, but when it comes time to engage with said prospects, optimization behavior breaks down.

We treat all subscribers -- and their methods for reading email -- as equal. But the apps and devices people use directly correlates to how they engage with your emails. Images and links break, designs render incorrectly, and as a result, we ultimately wind up wasting otherwise strong sales opportunities.

As an example, here are just some of the ways the top two email clients may introduce quirks that impact the effectiveness of your email.

The iPhone 6s and 6s Plus feature 3D Touch, which adds pressure sensitivity to the latest iPhones and introduces two new interactions: peek and pop.

When scrolling through the inbox, users can now use a light press to “peek” at an email, which opens the email itself in a modal window. Using that same touch, they can then press harder to “pop” into the email itself and see the entire email, just like opening it normally.

Since “peeking” at an email loads the images contained within, peeks will count as opened emails. However, even though opens are registered, engagement could easily drop for campaigns if subscribers are just “peeking” at -- and not reading -- your campaigns.

If you’re seeing your engagement rates dropping, consider revamping your content, optimizing your inbox view, and ensuring your messages are mobile-friendly.

Like most webmail clients, Gmail relies on a preprocessor to strip emails of anything that could be either a security concern or affect the rendering of the email client itself. This means that Gmail not only strips emails of any JavaScript, Flash, or object and embed tags, but it also goes one step further and strips the email of any style tags.

This understandably causes frustrations for email designers, who often use CSS in the style tag to manipulate the style of their campaigns, especially with responsive emails. A good rule of thumb is to make sure your main styles are all inline and that the email works well even without the style tag.

Creating email can be hard. Optimizing for your audience, and the apps and devices they’re opening on, is the first step toward making it easier and more effective.

Where are the majority of your prospects and customers opening and engaging with email? Once you have a clear and detailed understanding of this, optimizing for their experience becomes much more direct.

Get the full State of Email Report for complete data around where people are opening and engaging with email most. 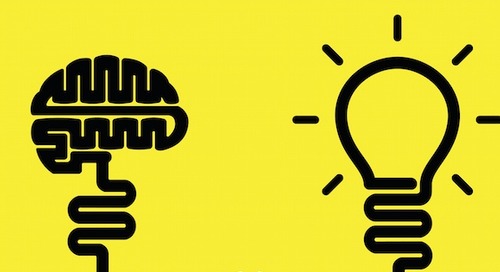 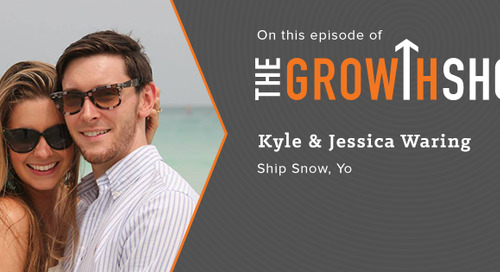 Snow for Sale? How One Couple Built a Booming Side Business From Boston's Biggest Blizzard [Podcast]

It was snowing. A lot. Boston was in the midst of a blizzard -- the biggest one in recorded hi...