What Annoys Employees Most About Meetings? [New Data]

Few of us truly enjoy meetings in large part because they are often cited as a huge waste of time. For instance, in a study for Harvard Business Review, a group of consultants from Bain & Company analyzed the calendars of key employees for one company and found that one weekly executive meeting consumed 300,000 hours each year.

Although the size of the company had some influence on the numbers, it’s clear that employees are spending a hefty portion of their work lives in meetings. However, are there any behaviors or phrases that grind away at employee engagement and color participants’ general feelings toward meetings? The team at Igloo Software decided to look for answers. Their researchers surveyed 1,000 people to see what aggravates employees the most about meetings and grouped responses by age and gender for even further insights.

Here I’ll walk you through four key takeaways to keep in mind as you plan your next meeting.

1) Although there is a general consensus that meetings are productive, millennials actually find meetings more productive than their older counterparts.

Igloo’s data indicate that most people -- exactly 53% -- actually find meetings productive. However, further analysis indicates that though each gender's view on productivity was similar, there is a key distinction between millennials and older generations: Nearly 20% more millennials than older employees find meetings productive. More specifically, the data indicate the following:

2) Although more than 75% of participants are annoyed by meetings they deem unnecessary, older generations are less tolerant of off-topic meetings compared with millennials.

The data set reveals that a majority of participants are annoyed the most by meetings they consider unnecessary. However, when Igloo broke down the results by millennials and older participants, the numbers indicated a clear distinction in the second-largest pet peeve: Nearly 10% more of those age 35 and older find meetings that stray off topic annoying compared with younger participants. Other insights include the following:

3) Females are more annoyed by “win-win,” and “synergy” is a key pet peeve for males.

The survey also took a look at some common corporate buzzwords to see if any words are more annoying than others. The research indicates that although four out of the top five most annoying phrases are the same for each gender, there is one noticeable distinction: “Synergy” is included in the top five for men but absent for women; it is replaced with “win-win.”

When the data set is expanded to look at the 10 most annoying words to each gender, the list reveals similar results. Although the phrases aren’t in the same order, both males and females tend to be annoyed by the same ones:

Which words should you avoid? Nearly 50% of all participants are annoyed by "think outside the box" -- exactly 80% more than those annoyed by "return on investment" and "bandwidth" combined.

4) Generational gaps exist for conference calls: Nearly 20% more millennials are less tolerant of people who forget to mute themselves compared with their older counterparts.

As working remotely becomes more common, more businesses are relying on conference calls to connect with their teams. Igloo took a closer look at this trend, and the data indicate that pet peeves differ between millennials and older respondents. Although a majority of participants in each age group -- nearly 65% -- are most annoyed by overall poor reception/not being able to hear on conference calls, key distinctions surface after analyzing other behaviors:

The biggest takeaway from Igloo’s research? It’s easy for employees to feel like they are wasting time in meetings, and worse -- if you’re not prepared, they could be. Some recommendations to optimize your efforts include outlining an agenda and designating a set time for questions near the end. Pay attention to how much of your workday is slated for your next meeting, and look for areas where you can improve. Although it might be nearly impossible to eliminate meetings entirely, check out the infographic below for insights into which phrases to avoid in an effort to boost engagement and productivity. 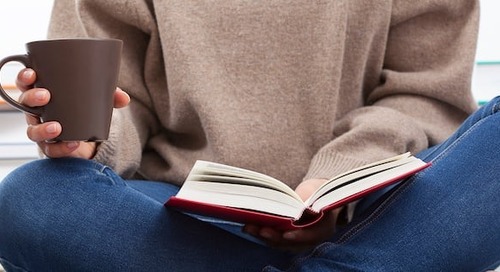 17 Productive Things to Do During Your Downtime Over the Holidays

Work and a busy schedule can take a lot out of a person. Thankfully, the holidays are a great ti... 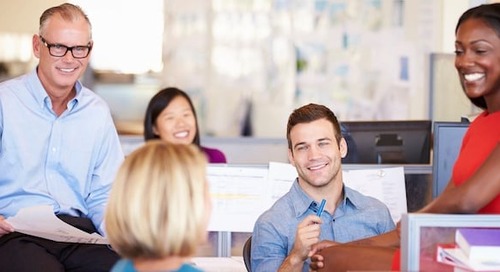 Inside the Mind of a Successful Manager [Infographic]