'Tis the Season of Giving: 6 Ways Companies Are Raising Money for Charities This Year

The holiday season is in full force -- which means planning for the coming year, holiday parties, and for many, giving back to charities meaningful to us. One study showed about 34% of all charitable giving is done in the last three months of the year.

Here at HubSpot, we get into the holiday giving spirit through our annual charity auction, where employees can donate anything they want -- and they sure get creative. This year, our COO offered to lend out his Tesla for the day to one lucky bidder. Another employee offered to wrap all of your Christmas presents. The list goes on. Then, we all gather to live auction some of the items and do a silent auction on the rest. We ended up raising over $28,000, which went to each bidder's charity of choice.

To make things more interesting this year, our product team created a mobile app for the silent auction to ensure employees got the chance to donate, no matter where they were the day of the auction. We then decided to open-source the app and make it available for free for anyone who is hosting their own charity auction. (Learn how we did it and how to build your own app here.)

But enough about us. Let's take a look at what some other companies have done for charity auctions.

In 1995, Anton's Cleaners in Lowell, Massachusetts set out to make sure that anyone who needed a coat would have one. They work with local businesses, schools, and other organizations to collect the coats, and then they clean them for free and distribute them through the Coats for Kids network they've built over the years.

But this isn't your typical clothing drive. Through the strong relationships they've developed with local schools and promotional partners, they built a leaderboard of the schools who have gathered the most coats. Nothing like a little competition to inspire during the holiday season, right?

Last year, Anton's Cleaners was able to distribute more than 60,000 coats for both children and adults. (Click here to learn how to get involved.) Anaplan is a cloud-based analytics solution for sales, finance, and operations organizations, and their internal Anaplan Cares initiative allows employees the chance to give back throughout the year by volunteering their time, promoting causes they value, and providing their technology for discounted rates to non-profits.

The holiday season is no different. During the final months of the year, Anaplan employees volunteer their time at a local food bank. This year, they boxed up 23,000 pounds of pears to distribute to food pantries, children's snack programs, and soup kitchens. Santander Bank (formerly known as Sovereign Bank) is currently running a holiday campaign called "Ideas for Good." Through this campaign, they're asking their customers to vote for non-profits at their 700 branches -- and each branch will donate $500 to the local non-profit that gets the most votes. At the end of the campaign, Santander will end up donating $350,000 to non-profits around the northeast.

Even though Santander is a national organization, this campaign gives each individual branch a more local, personal touch. For example, some non-profits customers vote for might be local ones they have a personal connection to.

Here's one lucky non-profit who has been awarded the grant.

4) USO: "Thanks From Everywhere"

The USO is making it easier than ever for Americans to show their appreciation for their armed forces this year with their online Thanks From Everywhere campaign. Users can write a message and/or donate to the troops who are unable to be home with their families. Using the interaction map of the U.S. on the site, users can indicate where they're sending a message from, and they can also see where others are sending message from. Check it out, and share your thanks! Intel is giving back to the world of Android developers this holiday season by donating up to $45,000 to Code.org, Codeclub.org.uk, and Girlswhocode.com. All three organizations have helped educate those developing on Android devices.

Their donations won't come without your help, though. To help boost their donations, simply retweet one of these tweets for the organization you feel most strongly about. For each retweet an organizations gets, $1 will be donated by Intel. So let's get retweeting -- pick your charity of choice below:

#IntelAndroid and #DevFieldGuide are donating $1 for EVERY retweet! Help us bring more code to kids! http://t.co/JWqVgZY8Sb

I tried it out for HubSpot's homepage. When you click on this hope.ly link to get to hubspot.com, you'll see this: So the next time you want to create a bit.ly link, create a hope.ly link instead to support this great campaign.

What is your company doing during the holiday season to give back to the community? 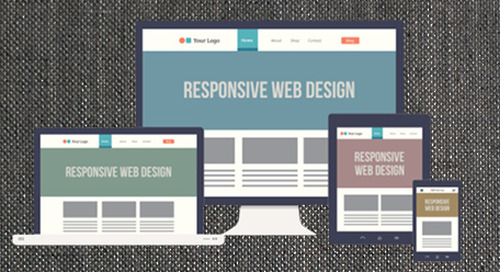 It's becoming more and more apparent that mobile is an important... 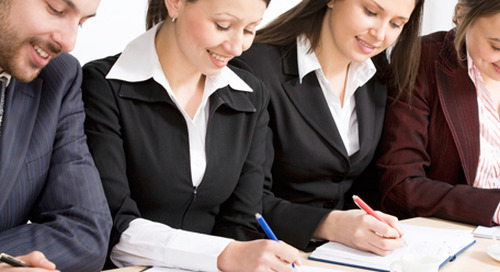 7 Ways to Get Non-Marketing Employees to Blog