If you run or work for an ecommerce business, you're probably looking forward to some quiet time after the busiest few weeks of the year. Or perhaps your business has a different form of seasonality, and you're just starting to prep for the next big shopping season. Either way, seasonality is constantly on the minds of ecommerce professionals. It elevates the pressure to perform and seriously increases the penalty of mistakes.

As a result, there are dozens ongoing activities on the docket across both IT and line-of-business groups when preparing for elevated levels of traffic and activity. Many of them are covered in this interactive infographic, including how the business and technology sides of the house can approach key challenges like UX optimization, mobile, and monitoring.

A strong case can be made for crowning website performance the single most important feature of ecommerce user experience.

But there's an even simpler way to frame the argument. Consider this: elements like design, copy, and visitor flow are important, but they are quickly made irrelevant if the user bounces away because she grows impatient with a slow page load. There can be no user experience without a user!

Unfortunately for users of the Internet everywhere, this is not a problem that technology has yet solved at scale. Even as innovations have led to improvements in certain pieces of the complex process of delivering a web or mobile app to a user, page load times across the web have been slowing year over year. Thankfully, there's a lot you can do individually to make your site stand out above the rest. But first, let's look at how we got here.

The Challenge, or "How Did We Get So Slow?"

Without these features retailers risk appearing outdated, so ecommerce teams have added them in droves.

The proof of this trend is on the scales: pages across the web have been growing in number of bytes (commonly referred to as "weight") on a nearly exponential scale since the early 2000s. And while the growth in page weight may be slowing slightly of late, it's far from done. Just last year the pages of top ecommerce sites grew by 67% year over year.

What Does Page Weight Gain Mean for Performance, Exactly?

It's intuitive to draw a line from "more stuff" to "takes longer.” More bytes means more work to be done. But here's the key: to date, web browsers have borne the brunt of the weight increase.

Today, bytes can travel across the Internet's "middle mile" faster than ever. But once they arrive at the client - your PC, phone, tablet, or other device - it's up to the browser to parse and render the incredibly complex and resource-intensive array of content. That's where the slowdowns in performance we all know and hate occur: the client side, or front end.

Many website owners have found this out the hard way when they employ expensive, old school solutions to the performance problem. When users complain about slow pages, they jump to upgrading web hosting, buying new servers, or migrating to new ecommerce platforms. Sure, these are all necessary steps when scaling up an online business - but right now we're talking about performance. From the perspective of the end user, these upgrades barely register if the content on the pages doesn't change.

This confluence of factors has placed ecommerce shops in a bind, where the imperative for more, more, more runs counter to (and often takes precedence over) the prerogatives of the IT folks who know this additive approach leads to slow load times. It seems that many organizations know their performance could be better, but still can't resist the promise of a sexier, trendier app.

The bind is problematic for everyone involved. The IT group's job gets harder and harder with no equivalent adjustment in expectations, while business groups are frequently frustrated by flat conversion rate growth. Every year there's talk of the latest tools and designs for improving ecommerce success, and relatively little on reconciling the competing needs for new features and better performance.

Tactics: What You Can Do to Escape the Bind

If you want to gain an edge on the competition in your next busy season, the best preparation is to focus on performance first - features and design second. Once you're committed to putting performance high on the list there's a whole world of options, including:

Be maniacal about reducing page weight and requests. Compress the heck out of images (Compressor.io is a great tool for this); they comprise well over half of the total weight of most sites. That includes using "lossy" image compression, which achieves huge weight savings by degrading the quality of the image slightly (but not enough to be noticed by the naked eye, if done properly). Script minification and other forms of compression can add to those savings.

And don't forget - hold onto your hats marketers - you can simply get rid of content and features. If you can't prove beyond a doubt that an element of your site is helping to engage and convert users, you should be asking: what's it doing there?

2) Watch out for JavaScripts served by third parties.

Third party scripts act as single points of failure for your pages, and they litter today's sites because they are seen as harmless. Make sure they're optimized and don't execute blocking behavior.

3) Then take it to the next level by manipulating the rendering sequence.

Maybe your hot shot dev team has the site compressed and stripped down as far as it can go -- at that point the next level of front-end optimization is to leverage delay loading, lazy loading, and on-demand loading in order to prioritize the rendering of elements on a page. For instance, if you know that your live chat widget bogs down performance, and you also know that feature is rarely used within the first 10 seconds of a page visit, then set it to start loading only after everything else on the page has finished rendering.

This is a burgeoning area of performance optimization, and there's a lot of cool activity around these tactics.

One of the classic ways to amp up performance for ecommerce retailers is to cache static content on a CDN. But as we know, today the hardest work occurs is in the browser, and for that reason CDNs are just a lot less effective than they used to be. For today's dynamic and complex sites, the new frontier is contextual optimization: automatically recognizing user device/network and altering page content on the fly to match the context.

If performance wasn't your top priority in 2014, consider making it so in 2015. You may be shocked to find that amping up performance yields big results when compared to UX innovations you've implemented in the past.

If you're sold on performance and want to learn more, Yottaa's resources page is full of deep-dive guides and tips on performance optimization. And while you're at it, check out our interactive infographic that covers performance as well as many other facets of seasonal business prep. 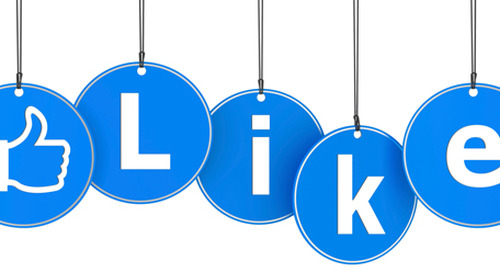 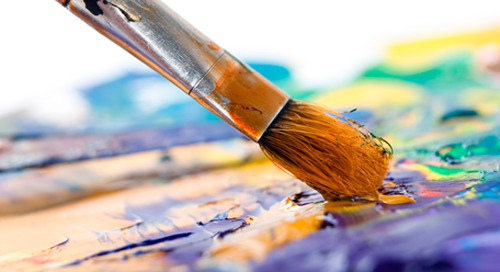 21 Free Design Tools for Marketers on a Budget

They say you shouldn't judge a book by its cover, but let's be...