The One Cognitive Bias That Could Be Derailing Your Productivity

"Learn by doing." It's a theory of productivity we're taught at a very young age, from the moment our parents make us sit down and practice the piano. Because practice makes perfect, right?

That's why, in our working lives, we're often focused on activity. What can we do right now that'll cross something off the list? It can be easier for us to feel like we're making progress and being productive when we have completed actions to show for it, no matter how menial those actions are. Checking the boxes just feels so good.

That, my friends, is called "completion bias" -- and it may be preventing you from tackling your most important tasks and projects.

What is Completion Bias?

You know that feeling of pleasure you get when you cross something off your to-do list? For many of us, that's a feeling we seek out multiple times a day. I'd been lying if I said I didn't add tasks to my to-do list after I'd already completed them just so I could check them off.

Unfortunately, that pleasure can get us into trouble when it comes to productivity.

Enter completion bias: our natural tendency to focus too much on tasks that are easy to complete because completing things is psychologically rewarding. Why is this so bad? Because often, we focus on those easier tasks at the expense of the tasks that are more important.

"Completing simple tasks, such as answering emails or posting updates on your Twitter account, takes little time and allows you to check off items on your to-do list," wrote Francisco Gino, a Harvard Business School professor who's been studying completion bias and its affects on productivity at work with Bradley Staats of the UNC's Kenan-Flagler Business School.

The reason we lean toward those easier tasks is (at least in part) thanks to our natural bias for action. Completing a task is an easy way to show progress, whether it's to your boss, to your coworkers, or to yourself.

But in many circumstances, that can really backfire.

When Completion Bias Fails Us

In Gino and Staats' unpublished research, they looked at the completion bias of physicians in the emergency department (ED) of a busy hospital, where patients arrive without appointments.

"Using data from about 43,000 distinct patient encounters, we found that physicians exhibit a bias toward completing easy tasks when confronted with an increased workload due to an increase in the number of arriving patients," wrote Gino. In an ED setting, "easy tasks" refer to treating patients who are less sick.

At first, this might seem like a pretty solid strategy. By focusing on these less-sick patients, a doctor is "more productive" because these patients don't stay in the ED as long. But, according to Gino and Staats, there are at least two problems with this approach:

How does this relate to an office setting? Think about the last time you were faced with a to-do list and decided to chip away at the smaller tasks first. For example, maybe you chose to spend the first two hours of your morning responding to mundane emails and ended up waiting until late morning to start on your most important to-do list item of the day.

By the time you start working on that important item, you've already expended precious energy and willpower, which some studies show is a limited resource that depletes throughout the day. In other words, you shouldn't always let the size of a task inform your prioritization strategy. Instead, try focusing on pertinence first.

A study by Dr. John Bargh, an award-winning psychology researcher, showed that this is more likely to happen before we start working on a big project. In an attempt to simulate real, productive work, our brains tend to focus on small, mindless tasks.

So if you've ever thought the night before a big presentation was the best time to clean your room, respond to your friend's son's girlfriend's career question email, and tackle the pilot of 24, well ... that's why.

In theory, it should be easy to fight the urge to tackle those smaller tasks. Just recognize which tasks are the most important, and prioritize them, already! But we all know that's easier said than done.

How to Plan & Triage

Planning and triaging is one effective way to tackle our natural tendency for instant gratification. The key is creating a to-do list, and then spending some time thinking about that to-do list. Go through each item on your list and rank them based on impact and effort. Then, rewrite your to-do list in order of importance.

The last part of this exercise is the most important one: Select one, single item as the absolute most important thing you need to get done that day. That's going to be the item you want to start working on as soon as possible in the day.

If you feel your natural completion bias surfacing -- or if you feel like you're just plain procrastinating -- catch yourself. The more self-aware you are, the more important items you'll get done. If time-sensitive tasks surface that need to take priority over that one single item you selected, do your best to get them done as quickly as possible. Then, refocus your attention back to the task at hand.

If your "most important item" is so complex that it'll take more than that day to complete, try splitting that item into manageable chunks.

HubSpot Co-Founder and CTO Dharmesh Shah said he likes to "'deconstruct' the large problem at hand into smaller, bite-sized chunks. Each of the individual, smaller things seem surmountable on their own, and it calms [him] to know that if [he] conquered all of those small things, [he's] essentially conquered the big thing." Then, it's time to take a deep breath, hunker down, and just get started. Sometimes, the biggest hurdle to being productive is simply doing it.

What other tips do you have for overcoming completion bias? Share with us in the comments. 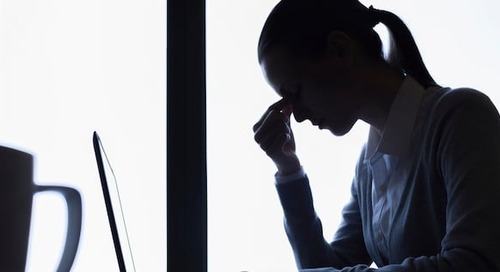 How Stressed Are You Right Now? [Flowchart]

In small doses, stress can actually be an important part of our lives. It can motivate us and ma... 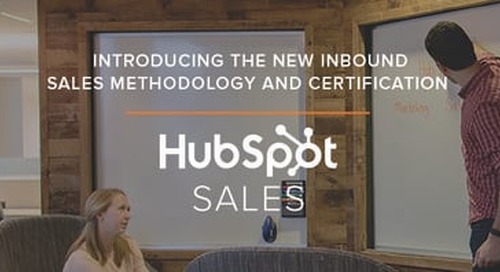 I’m a sales geek. I grew up in my career through the sales ranks. You see, the sales playbook I...