The 20 Weirdest Words Added to the Dictionary Because of Technology

Whether we like it or not, dictionaries are living, breathing documents, and new words are added to them regularly.

Although the Oxford English Dictionary editors get the final say, they actually look to us to dictate whether a word should be added. In other words, we have no one but ourselves to blame for all the weird words that make the cut every year.

But we can at least share the blame with technology. None of us would be saying "srsly" if we hadn't felt the urge to shorten words for text messages and emails. We wouldn't be voting anyone off the island if not for the television series Survivor. And, perhaps most importantly, there would be no need for the word "meatspace" without the existence of the virtual world. (One could argue there is still no need.)

Want to see what weird words were added to the OED thanks to internet slang and technology? Read on.

20 Weird Words Added to the Dictionary Thanks to Technology

A person in their teens or twenties who has an aptitude for computers and the internet.

"Clever games designers have worked out exactly how to push the buttons of screenagers in the way other media have failed to do."

The physical world, as opposed to the virtual world.

"I'd like to know a little more before we get together in meatspace."

Actions performed via the internet in support of a political or social cause but regarded as requiring little time or involvement, (e.g. signing an online petition or joining a campaign group on a social media website).

While working at one's desk in an office (with reference to the consumption of food or meals).

A free course of study made available over the internet to a very large number of people.

"Anyone who decides to take a MOOC simply logs on to the website and signs up."

The correct or acceptable way to use the internet.

"Should there be some kind of protocol or netiquette associated with directing large volumes of traffic to other websites?"

To search for and publish private or identifying information about a particular individual on the internet, typically with malicious intent.

A relatively trivial or minor problem or frustration (implying a contrast with serious problems such as those that may be experienced in the developing world).

"It's a First World problem, but still if you're staying at a 5-star resort you expect some decent service."

"Srsly though, I see where you're coming from."

A person who compulsively searches the internet for information about particular real or imagined symptoms of illness.

"Everybody is terribly health-conscious these days -- it's not a surprise that many people are becoming cyberchondriacs."

Used to refer contemptuously to the mainstream media.

"Why as the lamestream media been so silent on the issue?"

A unit of computing speed equal to one billion floating-point operations per second.

Used to refer to clumsy or inaccurate typing, typically resulting from one finger striking two keys at the same time.

"The programming problem turned out to be a case of fat finger."

Used to express pleasure at eating, or at the prospect of eating, delicious food.

To search the internet for instances of one's own name or links to one's own website.

"I decided to take a break and do a little egosurfing."

"She's just been dumped by her boyf."

To dismiss or reject someone or something as unsatisfactory.

"When a CEO gets voted off the island, the CFO typically gets dumped, too."

A smartphone having a screen which is intermediate in size between that of a typical smartphone and a tablet computer.

"A 3.5-inch screen is inadequate in a market that is trending toward phablets."

"I definitely get Fridays off, woot!"

A gesture in which the palm of one's hand is brought to one's face as an expression of dismay, exasperation, embarrassment, etc.

"I'm pretty sure said friend now thinks Anne and I are dating -- facepalm!" 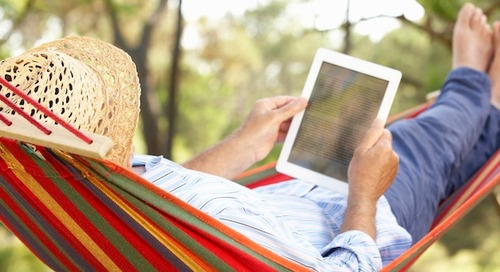 The 20 Best Sites for Wasting Time on the Internet

There's a lot of content out there about productivity --... 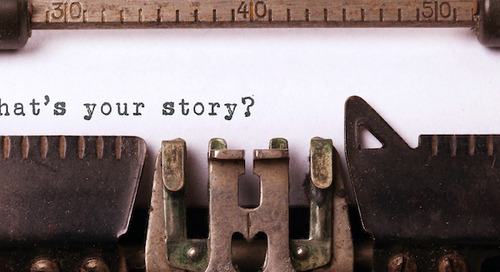 How to Write an Author Bio That Doesn't Suck

If guest posting is part of your content distribution and...