Remember that old game show, Let’s Make a Deal? Contestants were given the choice between a prize they could see—such as $1,000 right here, right now—and a prize they couldn’t. Let’s see what’s behind door number two! While we watched at home, yelling at the contestant for being so stupid as to give up the certain prize for the cheap toaster that inevitably waited behind the closed door, we still knew deep down that we’d have taken the chance on the possibility of a bigger prize.

It’s the same anticipation that drives us to play the lottery—to give up our hard-earned dollars for the chance at something bigger. Whether we pick our numbers and sit back to wait or buy a scratch card for immediate results, the outcome is the same.

So, it turns out the game shows and the lotteries are popular for a psychological reason, and not just because there’s a chance we could win millions. The same reason people love playing the lottery or picking what’s behind door number one can also help you when marketing your ecommerce site. This reason is a little something known as Motivating-Uncertainty Effect. In other words, we get excited about things when we don’t know what the outcome will be. That’s all. There could be nothing gained, and we still get that rush.

Why Uncertainty Is So Exciting

When the possibilities include large sums of money, such as the lottery offers, the excitement is easy to understand. It’s hard to imagine that same excitement translates to discounts for the products on your website, but it really does. That’s because we’re not so much excited about the money we could win or save as we are simply excited about the unknown.

We even get excited when those rewards aren’t monetary. That’s why employers can use the Motivating-Uncertainty Effect when rewarding their team members. With the prospect of choosing a day off of work or a free lunch, employees get excited enough to complete tasks for a chance to win.

One thing is clear: offering a prize of some sort boosts the chances of your success. For consumers to get involved, to invest their time and money, they want to receive something for their trouble. We’re naturally risk averse (with the sheer number of people who play the lottery serving as the exception to the rule, of course), so we’re more likely to participate if there’s some sort of reward. Maybe we get the toaster instead of the cash, but at least they get something.

It’s easy to see how we’d get on board for large prizes like those given away on Let’s Make a Deal. When the returns are smaller, we like to think we’d be smarter, right? Cognitive Lode proved that’s not the case at all. They performed several different experiments with staggering results. In their “Chocolate Truffle” test, they gave students the chance to bid on two separate bags of chocolate. One bag held four chocolates and the other a number between two and four. The students knew going into the experiment that the uncertain bag would have no more than the certain bag, but it could have less. They still bid 125% more for the uncertain bag. Obviously the power of uncertainty is pretty heady stuff. Now, how can you harness that for your ecommerce company?

If you’ve ever received a coupon with a “Scratch and Win” concept, you have some idea of what the physical form of Motivating-Uncertainty Effect looks like. Figuring out how to translate those scratch cards into digital marketing took a little time, but some companies have pulled through with brilliant results.

Within your website itself, you can offer buyers the chance to uncover special discounts with several possible outcomes. “Click to discover your discount” is a great way to keep potential buyers engaged with your ecommerce site. Once they receive the discount, they’re more likely to use it.

You can also put the power of uncertainty motivation to work with email marketing, too. With design that mimics a scratch card, the email can give buyers the chance to uncover their savings. While other emails go unopened, the uncertainty presented within your “scratch and win” style message might be too exciting to pass up. The phenomenon can also work well with loyalty programs. For instance, you could let buyers know they have a chance of winning 20% or $15 off their next transaction after they make a set number of purchases. They’ll run toward the finish line when uncertainty waits at the end. 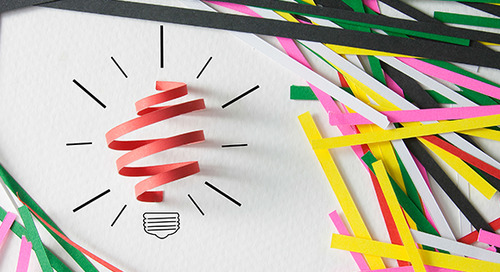 When it comes to sponsored content, no single format or medium is... 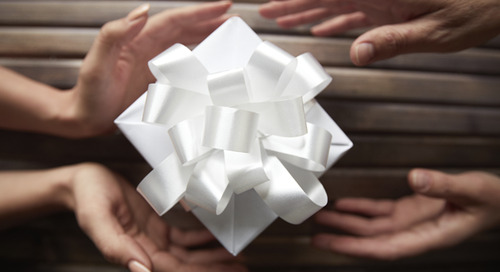 Want People to Forward Your Emails? Try These 4 Data-Backed Tips

Recently, an email about a new public market opening in my...