Even if you don't know Rand Fishkin by name, you probably have heard about some of the organizations he's co-founded (Moz, Inbound.org) or seen his Whiteboard Friday lectures. Or maybe you've heard of the acronym "TAGFEE," one he and Moz cohorts created to explain their code of conduct: Transparent, Authentic, Generous, Fun, Empathetic, and Exceptional.

Recently, Rand hosted an Ask Me Anything session on Inbound.org, and it was like a Whiteboard Friday on steroids. If case you don't have time to check out the full thread, I've distilled down some of his best responses below. Check 'em out to learn about the future of SEO, how to generate leads fast, and how to prove the ROI of content.

(Pro Tip: Want to read Rand's full answers on Inbound.org? Click on the links in each of the headers below.)

Guest Blogging is so not dead – in fact, it’s thriving. Low-quality guest writing, however, is toast. Nobody wants it, it doesn’t drive links, and it’s a total waste of space. But, if you have something unique and useful to say, guest blogging remains a strong driver of backlinks.

2) Is Link Building Still a Thing?

While link-driving is good, link-earning is better for long-term growth. Link-earning means doing things that make people and organizations want to point to your work (and letting them know about your work in the first place).

3) How to Prove and Report on the ROI of Content

One of the hardest questions thrown at Rand in this AMA had to do with how to report content successes and correlate them to overall revenue performance. Rand uses The One Metric as a one-stop gauge for metrics like bounce rate, downloads, time on site, conversions, social shares, links, SERPs rankings, etc. Beyond that, he pointed to a MozTalk by Dr. Pete Meyers on Actionable Analytics.

These three actions lay the foundation for your overall SEO and marketing strategies.

5) The Biggest Opportunity for Marketers in the Next Year

Paying to get your high-quality content even more attention is the next big thing and can produce results.

6) How to Sell Something

“Best way to sell something: Don’t sell anything. Earn the awareness, respect and trust of those who might buy.” And, another great quote: “I also don’t believe anyone ever thinks to themselves, ‘I really wish there was someone whose income depended on selling me this.’ I could imagine people saying ‘I wish someone could help me understand/implement/work with this.”’ In other words, the new “sales” for SaaS in particular is all about customer success.

7) The Future of SEO

Rand sees a future where marketing becomes one integrated, holistic effort, and the businesses that will reap the most reward are those that can bring all of their marketing efforts in concert with their SEO efforts. In 2014, there was more demand for, respect for, and hiring of people with SEO skills than ever. That said, the biggest threat to SEO in the future might be closed-network sites, like Facebook. Closed-network sites make genuine competition (based on quality instead of dollars paid) very difficult.

8) The Future of Search Engines

Deep learning, where search engines evolve, learn, and grow on their own, looks to be the future. Because of that, there will be less easy tweaks of rankings and more of a focus on figuring out how to earn attention, trust, amplification, and engagement.

9) The Secret to Successful Marketing

In all of the conversation about SEO, inbound marketing, and business building, the highlight for me was when Rand addressed the fundamental factor that has made him so successful: Empathy. “I think when people are able to empathize with others, they can do their best work in marketing, because they understand the problems their audience faces, the ways their message might be received, and how they can help before asking for anything in return.” Empathetic marketing may just be the wave of the future.

Throughout all of Rand's responses in this AMA, there is one central theme: Creating genuine, value-adding interactions with people. That is marketing and SEO at its best. 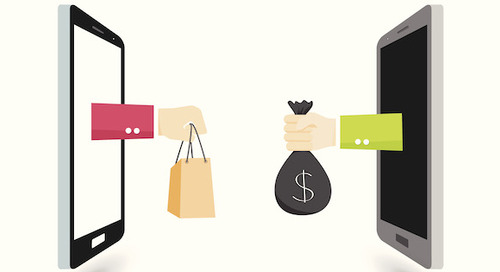 Psychology of Ecommerce Sales: Consumers and the Ecommerce Checkout [Infographic]

We’ve all been there – a site takes too long to load and so we... 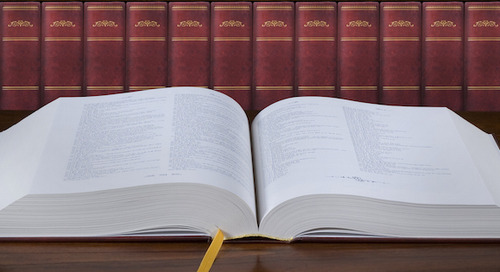 35 Buzzwords Every Entrepreneur Should Know [Infographic]

I don't know about you, but I can only hear buzzwords like...