Home » Inbound Hub | Insiders » New Data: Should You Include Social Media Icons on Your Homepage?
× Share this Article

New Data: Should You Include Social Media Icons on Your Homepage?

This post originally appeared on inbound.org and is reprinted here with permission.

The purpose of any homepage is to act as a launching pad for users to find relevant information that's specific to their needs. Deciding what to include on your homepage, however, is an endless conversation amongst marketers.

If you’ve ever been a part of designing (or re-designing) a homepage, you know that every detail -- from content and aesthetics to links and CTAs -- matters. And with all the potential design features to include on a homepage, the relevancy of social media presents an interesting discussion for many marketers.

On average, people spend one hour and forty minutes per day on social media. But does the fact that people are highly engaged on social media platforms mean that it should be included on a homepage? (And if so, to what extent?)

We analyzed 65,000+ homepages across 35 industries from domains in the Alexa top million to see how brands are including (or not including) social media on their homepages.

To Include or Not to Include Links

On average, 75% of marketers choose to provide at least one social media link on their homepage while 25% opt not to include any.

Across the 75% of marketers that agree on including links on their homepage, however, the data is widely split regarding how many links to include:

At 20%, the largest group of homepages include three social media links, followed closely by 18% including four links.

The middle of the pack accounts for nearly one-third of homepages and is separated into three groups differentiated by providing one, two, or five links.

There is agreement about how many links is too many, with just 5% of marketers including six links or more.

The middle of the pack represents 35% of homepages and includes three social media platforms each with their own limits currently.

Nearly every marketing conference over the past few years has focused on the importance of social media. The general recommendation is to continue to make social a part of everyday operations, and to always think social first whether on mobile or desktop.

While 75% of homepages are linking to social media, it’s interesting to note the industries both above and below the average. To help you visualize this, take a look at this chart: At 86%, Non-profits link to social media on their homepage more than any other industry. This is understandable considering low marketing budgets, people's propensity to share about causes, and the potential benefit to any story going viral. It’s for these same reasons that religious sites aren’t far behind, with 83% of homepages including social media links.

The following 17 industries (above the 75% overall average yellow line) are primarily B2C focused, with sports, fashion, high-end retail, travel, restaurants, media, and consumer services leading the way. These industries sync well with social media as people are often more likely to share about attending a sports game, going out to eat, traveling to an island, or reading a compelling article comparatively to other verticals.

What’s most interesting about this section is the clear adoption rate of “legacy” industries. Five years ago, 7 out of 10 legal, hardware, construction, or real estate homepages would not have featured social media links. The question moving forward is whether or not social links on homepages have a meaningful impact for these industries or not (or if including social media links is just part of going through the motions).

The industries at the bottom of any social media list are often the ones plagued by legal stipulations, small audience sizes or a minimal focus on social media marketing. While biotech, manufacturing, energy and B2B goods are understandably low due to these varying reasons, ecommerce and finance stand out.

Within ecommerce, keeping users on site to purchase is essential as even a .1% increase in conversions can mean millions in sales. As for finance, expect to see this industry move up in the coming years. Not only have financial companies improved at working with their legal teams, but startups like Wealthfront and Robinhood are redefining the meaning of “finance culture.”

The next step is to highlight the percent share of each social media platform by industry: Considering the hype around social, it’s notable that one out of four marketers don’t include any social media links on their homepage. For some companies, keeping users on-site and focused down a specific conversion funnel works best.

Conversely, even though marketers are working tirelessly to drive traffic, many companies are providing social media links leading users outside of their website.

The data suggest that including social media links has a positive impact on your brand, as 75% of homepages feature social links. However, when it comes time to decide how many platforms to include, it's ultimately your call.

Want to learn from the experts how to drive more conversions on Twitter? Join us on June 24th at 1pm EDT/10am PDT for our live #TweetSmarter webinar featuring HubSpot's own VP of Marketing, Kipp Bodnar, and Twitter's Head of SMB Marketing, Anne Mercogliano. Sign up to watch this must-see webinar here. 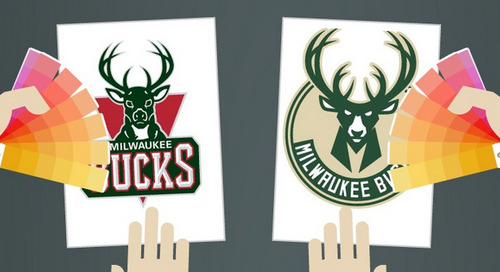 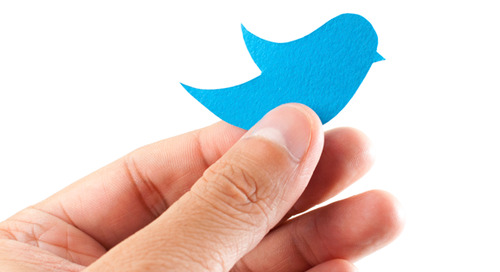 With over 270 million active global users, Twitter is a great...