You see them everywhere. You read them daily. You’ve probably written a few yourself. You’ve also probably gotten tired of them.

What are these ubiquitous rulers of the internet content world?

List posts or listicles are articles that are organized around a numbered list. Let me give you a few examples.

You get the idea. These bad boys are everywhere. List posts are a fixture of content marketing.

But rather than merely accept them as being, we should understand them. More importantly, we need to know if they’re effective or simply a tacky way to push content online.

Here’s the bottom line. If you want to stop reading this article at this point, fine. You will have gotten the main point.

The fact is, list posts get results. Heck, even Google (basically) says so!

What kind of results? True to my promise, I’ll tell you what you need to know in the rest of this article, but for now, let’s do a flyover of these benefits:

See what I mean? List posts work. Let's get to why.

The brain loves that. One reinforcing theory is known as modularity, which states the following:

There are functionally specialized regions in the brain that are domain specific for different cognitive processes ... One of the fundamental beliefs of domain specificity and the theory of modularity suggests that it is a consequence of natural selection and is a feature of our cognitive architecture.

Because our brains are organized in function-specific ways, our cognitive and neuropsychological preference for ordered lists is simply one of the results of this organization.

You know how some people just love to make lists for everything? They are responding to the well-ordered intentionality in their brains. Every human has an innate desire for order and organization. Numbered lists speak to that innate desire.

As a result, we click faster, dwell longer, and anticipate being satisfied with what we view.

Jacob Millen, who contributed to CrazyEgg, said it really well. Advising on the power of specificity, he writes this:

Get super specific … Headlines aren’t the place for ambiguity. Get specific. Get REALLY SPECIFIC.

I think you get the point. The best list posters in the world make super specific list posts. I mean, how specific can you get? 3) People prefer numbered list headlines over any other type of headline.

There’s a simple headline formula to making ultra-clickable headlines: Throw a number in there.

Seriously, it’s that easy. Obviously, you want to do a bunch of other smart things with your headline, but numbers are clutch.

Data proves it. A few years ago, Conductor performed a survey of headline preferences, and, no surprise, numbered headlines came out on top -- way on top, smashing the next-best contestant with a 71% increase. The data tells it like it is: People like lists posts. Yet for some reason -- I’m not venturing into the why -- women prefer list posts more than men. Conductor’s data gets even better.

It’s great if you enjoy list posts, but why are they so appealing? Answer: Because they are insanely clear. Based on the study, numbered articles are preferred because they are so clear.

There are two popular models of headline creation: The suspenseful curious headlines, and the ones we’re talking about -- list posts.

The curiosity kinds are common on sites like ViralNova.

(Oh geez, now I have to watch the video of the magpie on the dog!)

That kind of headline really works to pull people in. People love to satisfy their curiosity. But clarity is even more effective.

Why is this the case? Because people have a sense of greater benefit from bigger numbers. What’s going on is known as numerosity -- an unconscious cognitive response to seemingly larger numbers.

The Atlantic describes this preference:

The basic finding in numbers research is called numerosity, and it refers to people's tendency to infer larger sizes or "more" of something from larger numbers.

Numbered lists into the 100s are hard to write. (They take a long time.) But the benefits are worth it. In a far-ranging and deeply researched article on Medium, Gilad Lotan explains that odd numbered lists are superior to even numbered ones.

Lotan dove into BuzzFeed’s love for lists, crunched the numbers, and came up with an unstoppable truth:  “Using data, we’ve found statistically significant difference between performance of odd vs. even numbers.” Back to that BuzzFeed study for a second.

At this point, we feel confident about the number 25 being the top performer in “best of” lists. While we can’t guarantee a million views each time you include 25 in the title, we can say that it consistently performs better than any other number. So if you’re wanting me to just give you the best number for a list post, there it is: 25.

Behind every silver lining is a dark cloud. Some people aren’t so happy about list posts. In fact, they declare that list posts can make you unhappy.

Why? Because three reasons, according to Right Life Project:

Honestly, I’m not sure that these sad facts are unique to list posts. List posts, after all, aren’t in such a powerful position of clutter-creation, tunnel-visioning, and instant gratification over some other article type.

Besides, now I have an odd number. ;)

The internet is a place for all things listed. Sure, listicles have been a bit overused perhaps. But they still work.

They are a content marketer’s go-to technique, a masterful method for accomplishing anything meaningful, and an effective technique for organizing your thoughts and message.

So, go ahead and give the listicle a try. 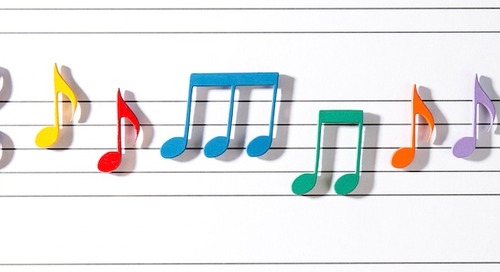 What Makes a Slogan Successful? [Infographic]

You might not remember the exact content of the Taco Bell commercial you saw last week, but yo... 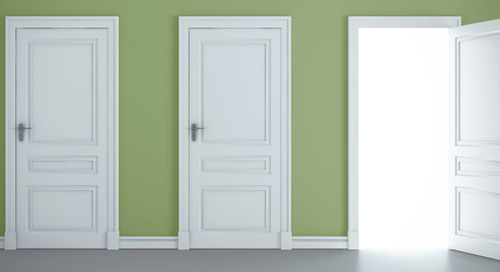 So you've created a truly awesome resource that you want to share with as many people as possibl...