Welcome to the wonderful world of swag, where -- in a tremendous display of humanity's technological prowess -- we prove that we can stamp a logo or catchphrase on just about anything.

In politics, candidates don't just use swag to raise money. They use it to learn more about their supporters. As Vanessa Friedman of The New York Times reported, "The choice of a product can reveal whether you are a beer drinker, a sports fan or what cellphone you use. It can suggest that there are a lot of joggers headquartered in a specific region of the country, indicating that a campaign may want to direct its health communications to that state."

Candidates are essentially using swag sales data to help build out their buyer personas. (Or, in this case, voter personas.) Using the insights they glean, candidates can tailor their messages to the different regions they're campaigning in.

But what kinds of products are candidates actually stocking in their swag shops? And what can candidates hope to learn from selling some of the more ridiculous items you're about to see on this list? Let's take a closer look.

12 Pieces of Presidential Campaign Swag You've Got to See

As a presidential candidate in the U.S. of A., you're expected to do three things on the campaign trail:

To showcase just how beer-friendly they are -- and to keep the hands of their suds-sipping supporters from getting cold -- many presidential candidates sell signature beer koozies in their online campaign stores.

I chose to highlight Hillary Clinton's and Ted Cruz's koozies in the image above since their campaigns took the extra effort of making (terrible?) puns.

Of course, a koozie is only useful when you're carrying around a single beer. To carry around several beers, you need a cooler. Fortunately, the Cruz campaign store has got you covered. President Barack Obama's campaign store sold a cooler back in 2012 as well, and John McCain's 2008 campaign store sold one too -- although McCain opted for an embroidered, soft-sided cooler as opposed to a hard plastic one.

3) Something With Overtly Millennial Messaging

The first two items on this list may have helped candidates identify who among their supporters were beer drinkers. But with the two pieces of swag pictured above, it's likely that the Marco Rubio campaign (suspended March 2016) and the Hillary Clinton campaign are trying to target millennial supporters. Rubio's "bae" sticker and Clinton's "yaaas" t-shirt both highlight some very recent additions to American vocabulary.

And while we can't help you in the "yaaas" department, we do have a flowchart that will teach you when it's appropriate to use the term "bae" in your marketing.

Bonus: This 404 error page from the Jeb Bush campaign website. FYI: I discovered that 404 error page from Jeb Bush's campaign site while searching for his headline-grabbing $75 guacamole bowl. (Since dropping out of the 2016 presidential race in February, Bush's campaign store is no longer operational.)

From a data standpoint, this one's a no-brainer: Supporters who buy a $75 guacamole bowl from your campaign website must LOVE guacamole. You can use the sales data to make sure you're serving guacamole at campaign events in the regions where guacamole popularity is at its highest. Note: These findings can also help to inform your campaign's overall policy on guacamole and other snack-related issues.

5) A Commander-in-Chief Cutting Board To be serious for a second, when you see items like water bottles being sold in conjunction with, say, yoga pants, and other athletic items, you can start to identify supporters for whom health and fitness are a priority. Here's another example of swag that's aimed at fitness- and health-focused supporters: yoga pants. On the left are the Ted Cruz campaign store's pants, which sell for $40. On the right are the pants from President Obama's 2012 campaign, which sold for $35.

There's a lot of presidential candidate apparel out there, and most of it is pretty boring: just a logo and/or slogan printed on a t-shirt or cap. But in some cases, campaign stores take the design up a notch .... or down a notch, depending on your particular fashion sensibilities.

The first example above is from the Bernie Sanders campaign store, and it's a t-shirt that was designed by street artist Shepard Fairey ($30). Next is an "ugly sweater" from the Ted Cruz campaign store, which features the candidate's likeness ($65). Finally, we have a basketball jersey from President Obama's 2012 campaign store.

Yes, the legal voting age in the U.S. is 18, but that hasn't stopped candidates from targeting the next generation with baby-sized swag. Also, sales of such swag can help candidates identify who of their supporters have youngsters in their families.

Lots of candidates are selling phone cases in their campaign stores nowadays. But back in 2012, Mitt Romney straight up owned the branded phone case game: All six case styles you see above are from his 2012 campaign store. They sold for $40-a-pop. How do candidates identify their most ardent supporters, the supporters who are going to show up at rallies and help spread the campaign message like wildfire? It's possible they look at the folks who are purchasing massive bundles of swag from their campaign shops. These bundles can include bumper stickers, pins, signs, flags, and more.

Know of any other awesome (or awful) examples of candidate swag? Let us know in the comments section below. 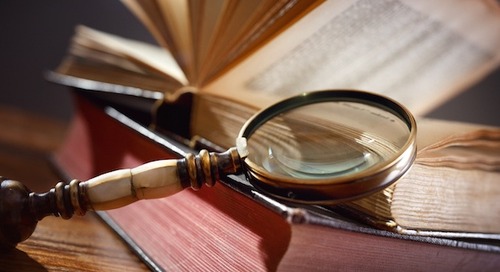 Let's get right down to it: The key to successful SEO is concentrating on long-tail keywords. A... 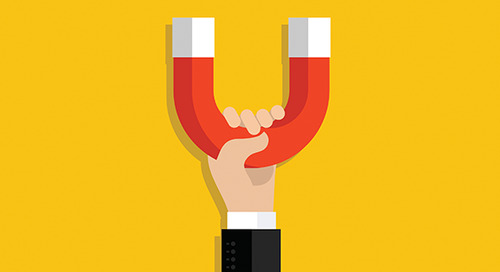