I’ve always been surprised by how many ad agency executives ignore their own network of contacts. Somehow, between servicing current clients and chasing after new prospects, these valuable contacts get taken for granted.

I'm guilty of it myself sometimes -- in fact the inspiration for this post was my own realization that I was getting dangerously close to not practicing what I preach and neglecting the people who are most favorably predisposed to work with me.

Your personal network of professional contacts is one of the best sources of new business you have, but it needs care and feeding. One way you can do this is by conducting re-engagement campaign for your contact list.

You've heard it said that it's cheaper to keep a current client happy than to find a new one. This is a variation of that sentiment: It's more efficient to convert a contact who knows, likes and respects you into a prospect than it is to build a new relationship.

You should make a re-engagement campaign for your contact list part of your ongoing new business program Here's my approach:

How Agencies Can Re-Engage Cold Prospects

First, for the purposes of this exercise, put aside the records of people you don't have a personal connection to -- like newsletter or podcast subscribers. These folks may love your content, but they're still relatively anonymous to your agency. Do, however, conduct a more traditional re-engagement campaign on your agency's contact list to make sure it's clean and productive.

Divide the remainder into four groups. The actual percentages will differ in each agency's case -- of course -- but this is what my list tends to looks like:

These are close professional relationships that border on/bleed into the personal. They're former colleagues or clients who will be excited to hear from you just because you're you.

Unlike all the other groups, your agenda with "the buddies" has to stay loose. Yes, you're on a business mission, but this objective takes a backseat to your primary intention, which is to nurture a relationship that's already important to you both.

Any aggressive selling behavior only risks making you sound hollow and self-serving. Trust that business opportunities and leads will rise organically out of your conversation.

Because you like each other and want to see each other succeed, you might be able to take some liberties that you couldn't with others in your network. Think about using this opportunity to ask for referrals -- just be prepared to reciprocate the favor if you can.

You might also talk to them about a direction in which you want your business to grow and ask for their advice and feedback. Again, make sure they know you'd be happy to do the same for them.

You've probably only interacted with these contacts on a strictly professional level, nevertheless they're warm professional relationships. They've witnessed your agency in action and were impressed.

Besides former colleagues or clients, these are people you meet at conferences, agency partners you worked with well in the past, or prospects that you connected with, even if it didn’t result in winning the business.

Make it a win-win interaction by leading with something of value to them. It can be as simple as sharing the results of a research study that's relevant to a business problem you know they're trying to solve (ideally a study your agency conducted), or more complex, like offering a specially-priced package of services that might serve as an incentive to work with you.

If they're a potential partner rather than a client, ask if they'd refer you to some of their clients who'd find your offer valuable.

Next 35%: The Disappearing Acts

You probably had a positive professional relationship with these folks at some point, but maybe it wasn't strong enough to push it into the realm of fandom despite your best efforts. I wish I could tell you why some people stay responsive and others just disappear, but it's not productive to dwell on that kind of stuff. Instead, make a last ditch effort to engage before either archiving them or demoting them to your general subscriber list.

Sometimes a small dose of guilt can go a long way. Be honest and a little vulnerable. In your own words that are appropriate to the situation, tell them that this relationship is meaningful to you, but you'll leave them alone forever if that's really what they'd prefer.

Some may be jolted into a response that keeps the relationship alive (in which case, I'd upgrade them to the "dormant fans" group and find a way to keep them engaged).

We all have relationships that somehow got damaged beyond repair. Those aren't the ones I’m talking about here, but sometimes they're mistaken for them. However, this group does include clients associated with accounts that left and pitches you lost.

The mistake I see agencies make is forgetting about these relationships the moment that they -- sad and dejected -- turn to walk off the playing field. Unless you lost a client or a pitch because of an egregious mistake, these may actually be some of your best prospects – and they’re often ignored!

Why did you lose that pitch or piece of business? Was it because you lacked category expertise that you have now? Was it a political decision made by someone who is no longer at that company? Or, has your champion gone to a better job at a different company? A little bit of research could reveal some hidden "dormant fans" or even "buddies."

Like you would with any good re-engagement campaign, plan multiple points of contact that are appropriately timed and contain messages that build upon each other.

And make re-engagement a regularly recurring activity -- at least once a year -- shifting more valuable contacts into more valuable categories and downgrading, or even eliminating, the contacts that won’t serve you in the future.

Want to learn more about how agencies can maximize their new business pipeline? Jody Sutter will be speaking on this topic at INBOUND 2016. Learn more about INBOUND. 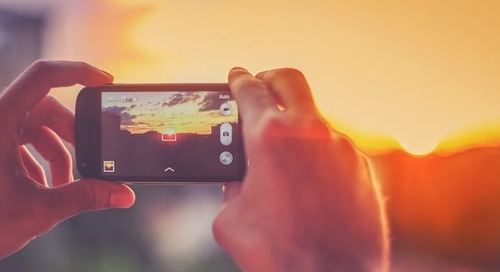 How to Establish an Instagram Aesthetic: 10 Brands Doing It Right 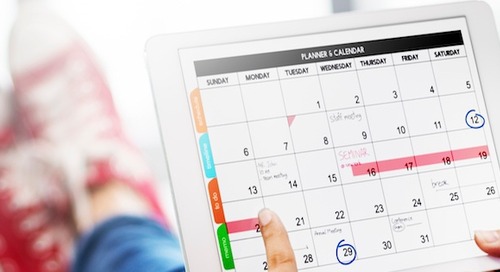 What do cross-country road trips, wedding speeches, and social media marketing have in common? ...