Home » Inbound Hub | Insiders » How to Launch a Product: Secrets From Silicon Valley's "Most Sought-After Image Consultant"
× Share this Article

How to Launch a Product: Secrets From Silicon Valley's "Most Sought-After Image Consultant"

You have a better chance of hearing a venture capitalist boast, “We’re bullish on professional services” than read a reporter confess to missing a PR person. Yet in 2010, when Facebook’s longtime head of PR, Brandee Barker, stepped down, Kara Swisher, then of AllThingsD, wrote just that. Then last year The New York Times dubbed her, "the most sought-after image consultant in the start-up world."

Since leaving Facebook, Barker has advised some of tech’s best-known startups (Uber, Airbnb, Spotify) and helped Facebook COO Sheryl Sandberg launch Lean In -- the book and companion movement that brought gender-focused dialogue to the forefront of business conversation. She also teamed with Sean Garrett (Twitter) and Brian O’Shaugnessy (Skype, Google) to create The Pramana Collective, one of the Valley’s most influential yet mysterious (two years without a website) agencies.

In other words, when Barker talks public relations, the Valley stops to listen. And that’s exactly what she did in a recent episode of The Growth Show podcast.

Host Mike Volpe asked her a beefy, multi-part question: When’s the right time to invest in PR? How do you think about getting started with PR? Should you do it yourself or hire an agency?

Barker turned to a real-time example, Color Genomics – a start-up she funds and advises. The company provides a low cost genetic test that helps women and men screen for breast and ovarian cancer.

Several elements need to come together for a successful launch, Barker explained. She cited narrative development, marketing materials, media training, and press assets. But she spent the bulk of the interview talking about the multiple storylines that would drive the launch and a subsequent “evergreen” conversation.

Barker talked about a mainstream narrative, which would help advance a brave discussion started by filmmaker and humanitarian Angelina Jolie. Jolie had published an op-ed in The New York Times describing her choice to have her ovaries removed in order to mitigate her high risk of ovarian cancer. Shortly thereafter, actress Rita Wilson announced she’d undergone a double mastectomy. Just a few days earlier, singer Taylor Swift shared on Tumblr that her mother was battling cancer.

But one narrative isn’t quite enough for a Barker-scale launch, especially when the company's mission lines up so closely with her personal passion. She also crafted a tech industry storyline (two of Color Genomics’ founders were from Twitter and Google) and cost-savings angle (the $249 home test replaces a $4,000 professional alternative, which insurance often doesn’t cover), then wrapped all three stories up with a unifying bow. “Color Genomics democratizes the ability for men and women to take control of their health,” she concludes, convincingly.

So, how’d she do? (After all, the podcast was recorded prior to the launch, yet we aired it following the push.) Let’s have a look:

The New York Times’ coverage included reference to Jolie as well as the “democratize access to genetic testing” message that Barker conveyed in the podcast. In addition to picking up the Jolie storyline, Forbes and popular tech blog TechCrunch each emphasized affordability, with the former highlighting the delta between the $4000 hospital procedure and the $249 home kit. More coverage ran in USA Today, Fortune, NPR’s blog, and a number of medical and technology trade publications.

The common theme connecting all of the articles is Barker’s narrative. Every article contained at least one of the narratives she polished before the launch. Which makes you wonder ... with all of the technology available to marketing and public relations professionals, is the most powerful tool still the most simple: a timely, compelling story matched with the right audience?

For more on Brandee Barker, her time at Facebook, her experience with Sheryl Sandberg, and her thoughts on modern day PR, check out the latest episode of The Growth Show. 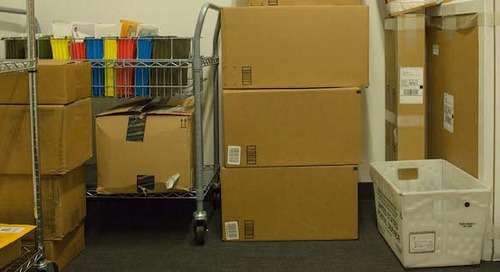 Dropshipping 101: What It Is and How It Can Make You a Successful Online Retailer

You've decided to launch an online store and join the ecommerce... 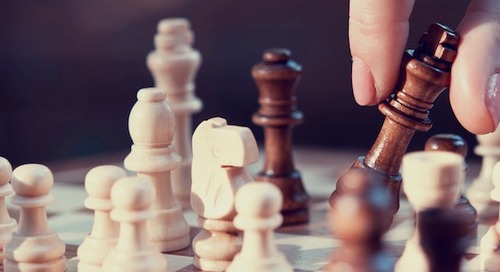 Content marketing is nothing new to marketers all over the world....