How to Build Effective Teams Based on Personality Type

“Round up the usual suspects,” the gendarme ordered in the famous line from the movie Casablanca. And frequently, that is how executives think when they create teams, committees, or task forces. The boss says or thinks something like, “Let’s appoint anyone who might know something about this issue.” Or, even more likely, “Grab anybody who’s got a stake in this thing.”

Organizations, of course, love such groups because when they work, they can improve coordination, help employees feel more involved, and maybe even spur innovation.

But when they flop (or, more commonly, just lapse into mediocrity), they can drain an organization of its vitality and leave a legacy of posturing, power struggles, and misunderstandings.

We naively assume any group can automatically be a team. However, one of the biggest reasons teams misfire is that personality differences are ignored.

If, when you create a team, you employ knowledge of the four behavioral styles as defined by DISC (Dominance, Influence, Conscientiousness, and Steadiness), you greatly improve its chances for success.

Here are a few adjectives that describe each personality type:

(For more information on how to easily identify personality types, check out this post.)

You need to take into account that there are natural allies and antagonists among these four styles and also that each style functions best at a different phase in the lifecycle of a team.

The Natural Cycle of Groups

Work groups typically follow a cycle, just like the organizations which spawn them. They face predictable obstacles, rise to the occasion or fail, and either evolve or deteriorate as a result. At every stage in that cycle, each of the various behavioral styles can be a help or a hindrance.

In addition, each member at this point is seeking to define his or her role. They silently ask: "Do I fit in here, or am I an outsider? Am I going to be an important member of this group with real input, or am I just here for appearances? Is this going to waste my time?"

Conscientious styles and Dominance styles can be especially helpful during this first phase. They are both skilled at getting to the heart of matters, though in different ways.

If the challenges the group faces are intellectually complex, the Conscientious style will be in his element. Because they are so good at reasoned analysis on tasks, Conscientious styles can help clarify the mission and give the team focus.

Similarly, if the main hurdle the group faces is more of a conflict -- say, a history of discord among members and/or a split over its goals -- a Dominance style will likely shine. In fact, the group may be yearning for a strong leader who can tell the warring members to quit butting heads and either commit, or leave. That is a situation ready-made for the Dominance style.

In either case, people with these two behavioral styles may be able to get the group to psychologically buy into the idea of moving forward together, and convince the team that progress will be possible.

While a tough-minded Conscientious style or Dominance style may get the group going, this stormy second stage often cries out for the buoyant optimism of the Interactive styles. Their friendly, informal brand of leadership can send out a strong, clear signal that this group can work together and make things better for everybody.

A people-oriented approach is needed at this stage because it is at this point that reality often intrudes. The group may begin to see how difficult its task really is, how little time and resources are available, and how members may need to settle for a half a loaf rather than a stunning breakthrough.

All these factors can breed frustration, confusion, and disillusionment. This is when it will be decided if the group tackles the real issues in meaningful ways, or is mired in its own internal power struggle. That is why Interactive styles, who are good at smoothing over rough edges and encouraging all to share their thoughts and feelings, can be key players.

Many groups, of course, never transcend this them-versus-us mindset. They continue to silently debate: Who's the top dog? Such a team is not likely to accomplish much. Instead, members will continuously collide with one another, limiting themselves as a team and as individuals.

However, if the Interactive style, with his or her upbeat attitude and people skills, can get the members to quit keeping score, they may yet learn to work together.

Cooperation and collaboration become increasingly apparent -- and Steadiness styles can help meld individual differences into group progress because they are especially good at coalescing divergent views.

By opening their hearts and heads to one another, the Steadiness styles can blend the discordant elements into more of a single melody. The team begins to narrow the gap between what it earlier said it wanted to do and what it is actually doing. There has been a shift of identity, and it has become a true team because members who previously thought in terms of “me,” begin thinking “we.”

The final stage is more the exception than the rule. However, when reached, it means a team really is performing at its best and is functioning as a whole, not just as a collection of individuals.

Its members enjoy being part of the team and say so. They have learned how to work together. Morale is high. The group continually produces quality and quantity output and is effectively self-managing.

In the previous three stages, Dominance style-type behavior might have been called for on key decisions. However, at this stage, a hands-on, controlling style is not needed. In fact, once a group has this momentum, such a strong-handed style can be counterproductive and could even torpedo the group’s progress. Instead, the team’s decisions flow naturally from its deliberations. Differences among its members become a source of strength, not dispute.

Love ’em or hate ’em, work groups are here to stay. But, while they can be high performance vehicles, they can also be high maintenance, especially in the early stages. Only a team that fully understands and savors its members’ personality styles is likely to be genuinely productive.

If members were chosen carefully and if they practice adaptability, the advantages of stylistic diversity can quickly outweigh the group’s liabilities. Remember: We are talking about personality differences here, not deficiencies.

Therefore, in the final analysis, working with groups all comes down to suspending judgment, empathizing, and trying to play to people’s strengths. The result, despite our differences, can be a wonderful synergy. 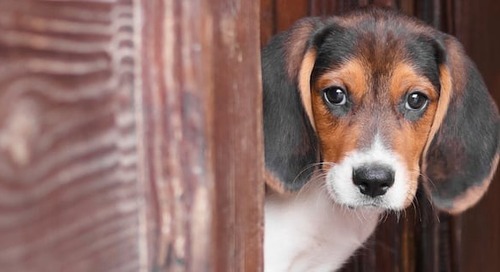 You’ve written some really compelling copy for your website. Your... 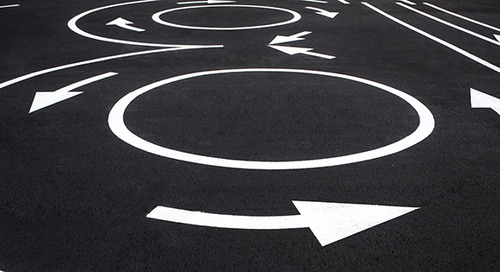 6 Tips for Making the Most of Your Retargeting Campaigns