How Amazon Won in Barnes & Noble’s Breakup with Microsoft

When it comes to the tablet/e-reader game, it’s no secret that Nook has struggled to keep up with its counterparts—specifically the Kindle—since its initial release. It’s been a hard-fought battle for Barnes & Noble, the company that developed and owns the Nook. In April 2012, however, Barnes & Noble held out hope that it could gain leverage on the playing field when it partnered with Microsoft to boost Nook development and sales.

If you’re aware of Amazon’s early partnership with Borders, then you have an idea of how this story ends for Barnes & Noble.

The relationship between Microsoft and the book retail giant would seem like a dream for the flailing Nook e-reader, but this marriage did not result in a happily-ever-after for either company. On December 4th, Barnes & Noble announced that it would part ways from Microsoft after it issued its quarterly statistics. In the most recent quarter, Nook revenue decreased by a whopping 41%, resulting in a huge loss for both companies.

When the two parted ways this month, Barnes & Noble bought out Microsoft’s 17.6% stake in Nook Media by paying $62.4 million and about 2.7 million shares of B&N stock. A 5% dip in the stock on the day the partnership ended left the total value of that payout at $120 million at the end of the day, which means Microsoft had to eat between $177 million and $180 million of its initial $300 million investment.

In addition to its initial investment, Microsoft was to pay Nook Media another $60 million per year for three years if Nook Media created an e-reading app for Windows 8 that linked to Barnes & Noble’s digital bookstore. The tech giant also promised $25 million annually for five years for “assisting Nook Media in acquiring local digital reading content and technology development in the performance of Nook Media’s obligations under the commercial agreement.” The amount of the actual payout was not disclosed, but figures imply that the total payments made would reach about $75 million.

When all is said and done, it is probable that Microsoft suffered a total loss of about $315 million.

Why the Nook Just Can’t Win

So what went wrong in this partnership that had the potential to act as a savior for the Nook? Is either party at fault, or was it a losing battle in a war dominated by the Kindle and the iPad?

It’s a well-known fact—and the no less than yearly bane of some Kindle and iPad owners—that Amazon and Apple release new models, updates, and upgrades for their tablets regularly. Nook, on the other hand, just released a new tablet in August for the first time in nearly two years, and the reviews are mixed at best. At that rate, Nook Media cannot expect to keep up with its peers.

Enter Microsoft, who was poised to invest much of its time and talent in Nook tablets to level the playing field. Instead, it concentrated its efforts on the Surface, the company’s own tablet. Amazon pulled a similar stunt by developing its own ecommerce model while handling Borders online sales. The difference here is that Amazon was innovating, while Microsoft was still just trying to keep up with competitors. Instead of focusing on technology for the Nook, which might have won both companies involved some traction in the e-reader market, Microsoft split its interests. It seems, then, that the company might very well have dug its own grave where its investment in Nook is concerned.

Not All Bad News for B&N

While Microsoft might be off in a corner licking its wounds, Barnes & Noble did receive a piece of good news. While the giant bookseller lost money in the tablet biz, sales of traditional print books rose 0.5%. The rate of ebook sales has slowed, only rising 3.8% in 2013 according to the American Publishers Association. Though ebooks make up 27% of sales in the trade book industry, it looks like traditional books will continue to reign for the time being.

How Amazon Won in the Divorce

While Barnes & Noble duked it out with Microsoft, Amazon kept cranking out various versions of the Kindle. They also had the chance to develop their own streaming player for television while Nook still relies on agreements with other streaming options. With less focus on fighting Microsoft and more on developing their own technology, could Nook have caught up? We’ll never know. 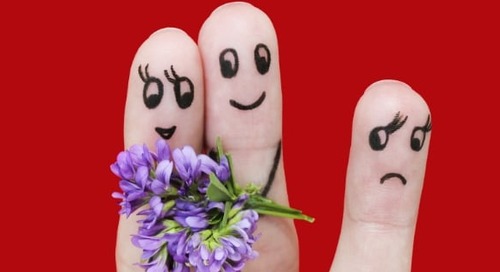 Whoever said "love hurts*" was on to something. While most think... 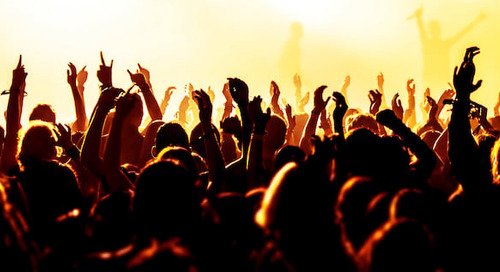 How to Build a Loyal Audience Online [Infographic]

Although marketers all wish the whole "if you build it, they will...