Don't Wait for Inspiration to Strike: 7 Methods to Spark Creativity

Advertising is the business of creativity. And an agency’s existence depends on its ability to produce and cultivate creative ideas.

So what happens when your creative flow is cutoff? What do you do when inspiration has evaporated?

Maya Angelou said, “Creativity or talent, like electricity, is something I don’t understand but something I’m able to harness and use.” If the absence of ideas has become overwhelming, try these exercises, and learn how to harness your creative magic.

Some of the most brilliant writers and artists are famous for living a hermit-like existence by shunning the existence of friends, family members, and the public.

But this isn’t really feasible for most of us, especially in a time of open office plans. The changing architecture of the workplace is interesting as a study in 2011 by Matthew Davis, an organizational psychologist, found that these open environments can actually reduce creativity, productivity, and attention spans.

To be creative, we need to create spans of uninterrupted time to think, and we should do this in a space that is free of distractions. This might mean only accepting meeting invites on certain days, blocking off time on your calendar where you go analog, booking a meeting room for a few hours each week, or investing in some quality noise-canceling headphones.

Management can either foster creativity or severely limit it in the workplace.

The more that authority figures hang around, the more questions they ask, and especially the more feedback they give their people, the less creative the work will be. Why? Because doing creative work entails constant setbacks and failure, and people want to succeed when the boss is watching -- which means doing proven, less creative things that are sure to work.

A lack of attention might be what your employees need to feel comfortable and confident in testing, failing, and hopefully, succeeding.

However, managers can also be the guardians of creativity. Harvard Business School researchers found that the best way leaders can support creativity is by protecting their employees time and resources from distractions, problems, and scheduling issues.

It turns out, you can retain all the rage and hate you want -- just keep it inside. As long as you can massage your face into a smile, you can enjoy the benefits of humor, which include increased creativity and energy.

So before you dive into that creative brief, spend some time watching videos that make you laugh or grab coffee with the office comedian. A little laughter can do wonders for the creative soul.

People think of brainstorming meetings as these high-energy get-togethers where people throw out one idea after the other, which collide and change and shape into the big idea. It's high-energy and fast-paced.

Anyone who has actually attended a brainstorming meeting knows this tends to be completely false. Those meetings typically look like this: One or two people come up with the ideas while most of the group is busy chatting online or catching up on email. There’s always someone who leads the group on a tangent, and there’s that one person who thinks every idea is terrible and will point out its flaw.

It's unproductive at best.

Alex Osborn, a partner at BBDO in 1940s, authored the book that introduced the brainstorming technique, which has a stronghold grasp on the creative industry to this day. But after the brainstorming method became popular, some folks at Yale University tested it out. What they found was that the results contradicted the idea that brainstorming groups come up with more ideas than an individual, and similar studies continue to support the idea that creativity occurs when a person works alone.

5) Stay in your pajamas.

Do people really get more done typing away on their laptops from the comfort of their bed? Well, it seems that working from home can actually make you more productive.

A research report on telecommuting found that while people were less productive when it came to completing mundane tasks, they were 11% to 20% more productive on creative projects and tasks.

Implement a more flexible work schedule so people can work from wherever they feel most inspired.

There are conditions where high pressure leads to high creativity, and people feel as though they are on a mission. In this environment, despite the pressure, there is a clear, focused, and important goal, and people are highly creative.

A tight deadline, a lack of a budget, a limited number of words, a certain color scheme, and other strict rules can actually force us to think differently because we can’t consider and reconsider every single option. We have to make quick decisions, use our imaginations, and work around challenges.

A perfect of this example is Oreo’s famous “You Can Still Dunk in the Dark” Twitter status. Who would have thought that a blackout at football’s Big Game could be so inspirational?

7) Schedule your time based on events.

Do you know how you spent each working hour of your day?

Some people have every hour of every day planned out. That's just the way they work -- they schedule tasks in terms of clock-time. When the hour strikes, they move on to the next project on their list.

The other type of person schedules his time based on events. He works on one project until the project is done or until he is at a good stopping point. The position of the minute-hand on a clock makes no difference to him.

Researchers did a study on the differences between these two types of workers and found that clock-timers tend to be less creative than their event-scheduler friends.

You can use this theory to chunk your schedule into blocks. Work on a certain project instead of allotting each hour to a different client or task. This should also be taken into consideration when scheduling meetings, as the breaking up of the day can harm the flow you need to increase creativity and productivity.

What are your methods for increasing your creativity? 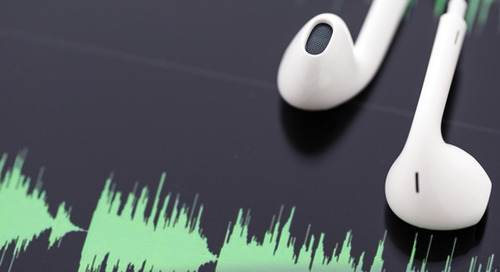 How to Subscribe to a Podcast on Your Phone & Computer

Podcasts: You know they're becoming more and more popular by the... 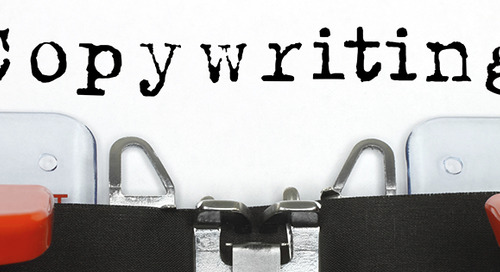 The written word’s been getting written off lately. SnapChat,...