Boogie Shoes & Musical Fruit: The Strangest Employee Rewards Ever Given There are a lot of classics in the world of employee rewards. Money. Time off. Restaurant gift certificates. Trips. All oldies, but goodies.

However, sometimes business leaders get a bit more creative ... and occasionally, downright strange. The book 1501 Ways to Reward Employees by Bob Nelson is chock full of examples of companies gifting cash, vacations, medals, and food. But every few pages, there's also a more bizarre anecdote. After sifting through the book to find some of the strangest rewards, I compiled my top 10 favorites here.

These examples might inspire you to think outside the box when deciding on your next sales contest incentive or employee reward plan. On the other hand, they might reaffirm the choice to stay comfortably in the box. It all depends on how flexible your definition of "reward" is.

For going above and beyond your daily duties at Lands' End, you could win the "Big Bean Award." Each month, one nominee (selected from a ballot box) gets to try their hand at the "Big Bean Machine," aka "Plinko," to determine which bean-themed prize they'll walk away with. Some are pretty neat -- beanbag chairs; beanie hats. Others, such as actual beans ... are less so.

Outdoor retail company REI is all about maintaining an active and healthy lifestyle. Avoiding scurvy is part of health -- so it makes a bit more sense that the location in Ventura, CA rewarded two employees who went the extra mile with whole pineapples. (I hope their next prize was a corer.)

Each recipient of the "Standing Tall" award at Synovus gets an extra day of vacation, $100, and ... a pink flamingo lawn ornament wearing a bowtie. Thanks, I think?

Flight attendants probably feel like they've seen it all until a CUNA Mutual Group "Big Bone Award" winner boards their flight. The leader who takes home the Big Bone one of three times per year literally takes home a big bone: a four foot long rawhide dog bone, to be exact. "If you won, you got to sign the bone, bring it home as an airplane carry-on, and display it in your work area," said Eileen Doyle Julien, a division manager.

What I wouldn't give to be a fly on the wall when the inevitable argument goes down about whether there's room for a giant dog bone in the overhead bins.

At HP, salespeople receive pistachios from the marketing department when they close a significant deal. (I also wouldn't mind if you threw in a steak dinner with those pistachios.)

At his behest, Automatic Answer designated a "John Day" when salesman John Gurden reached his monthly goal. And in #AlexFromTarget fashion, the company got really, really into the holiday-for-the-sake-of-a-holiday: putting up banners, creating a dedicated John Day photo album, and even answering the phones with a special John Day greeting.

Ever wonder what your boss would look like with a shaved head? Apparently the sales team at Korry Electronics was dying to know. To incent his reps to beat a record month, the director told them he would shave his head if they could top the goal. They did, and his hair bit the dust at a party later that month. Top-performing reps got a chance to make the first cuts. Victory is bald.

As an incentive for meeting sales goals, the president of TravelTrust Corporation built a nursery in a sales manager's house for her newborn baby. Pretty sweet ...

... until you hear about the prize for one lucky employee at Advanced Micro Devices. As a reward for the company reaching $200 million in sales, Jocelyn Lleno won a house. Suddenly a single room seems a little less impressive.

As a nod to the Greek god Hermes' golden winged sandals, employees at 3M in St. Paul, MN are given gold shoes for exceptional achievement. But they might not be as stylish as you'd hope. According to the book, "these tacky, plastic, gold-colored shoes are highly valued by employees." Their words, not mine.

What's the most bizarre employee award you've ever heard of or given? 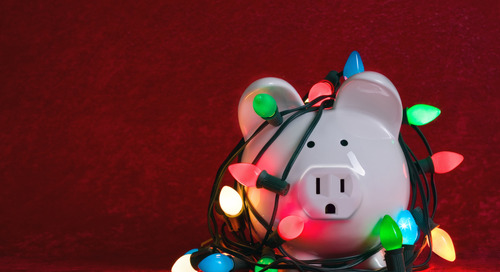 What to Buy Everyone at the Office: An Essential Holiday Gift-Giving Guide 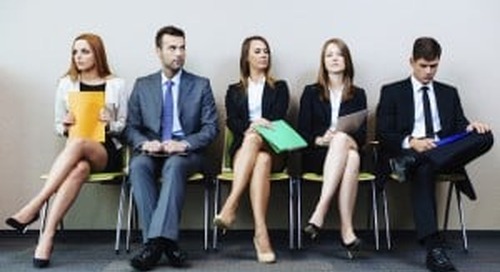 How to Objectively Evaluate Your Next Job Candidate