Attention, Word Nerds: The 30 Weirdest Words Added to the Oxford English Dictionary in 2014

The Oxford English Dictionary adds new words and phrases to their dictionary four times a year, and in 2014, the dictionary benefited from thousands of additions. The words tend to reflect technological advancements, pervasive colloquialisms, and shifting language patterns. And while the OED hasn't been as liberal with their additions as the Oxford Dictionaries -- you won't find words and phrases like "hot mess," "adorbs," or "neckbeard" -- they've still managed to stay remarkably "with the times" without sacrificing timelessness.

Enjoy the list of the 30 weirdest words I found in the 2014 archives -- some may make you raise an eyebrow, others should make you laugh, and some you'll be surprised were only added in 2014. (Baked potato? Really?)

Warning: A few words on the list are NSFW.

The passing of water or other liquid through a filter in the reverse direction to normal flow in order to flush it clean; an instance of this. Also: Liquid used in such a process.

A potato baked whole and served in its skin.

A performer who uses (amplified) vocal effects to imitate the sounds and rhythms of hip-hop music.

As an intensifier: very, extremely; In a resentful manner; complainingly. Also: in an unpleasant or contemptuous manner; spitefully.

Any of several bottom-dwelling deep-sea fishes of the family Psychrolutidae (fathead sculpins), which have large heads; spec. Psychrolutes marcidus of Australian and New Zealand waters, having gelatinous flesh and (once brought to the surface) a distinctive sagging face.

Bring your own device, the policy or practice of allowing employees, customers, etc., to connect to an organization's network using their own smartphones, computers, etc.

A situation or undertaking regarded as uncertain, risky, or unpredictable.

A malevolent spirit imagined as accompanying a person and seeking to influence him or her to do evil, and often paired with an opposed benevolent spirit; (in extended use) a person who exerts an evil influence; a person with an exceptional capacity for wrongdoing or malevolence; (also) a highly intelligent criminal or villain.

A problem affecting the First World and its inhabitants; spec. a cause of frustration or dissatisfaction regarded as trivial, and arising only as a result of the economic and social privilege, access to technology, etc., associated with the First World.

A person who follows a primarily but not strictly vegetarian diet.

A hug shared by three or more people in a group, typically as an expression of support or solidarity.

(On social media web sites and applications) a word or phrase preceded by a hash and used to identify messages relating to a specific topic; (also) the hash symbol itself, when used in this way.

A person of high status and influence; an important person, a bigwig.

The action of hip-hop. Of or relating to hip-hop; that hip-hops.

A person who owns, works in, or frequents a honky-tonk (honky-tonk n. 1). Also: a performer of honky-tonk music.

A person who eats fish but avoids eating meat; esp. someone who includes fish in an otherwise vegetarian diet. Keeping to a diet which includes fish but not meat; of or relating to pescatarians or their practices.

Of a somewhat scientific or technical nature; (also) having an interest in or aptitude for science.

A photographic self-portrait; esp. one taken with a smartphone or webcam and shared via social media.

(Orig. and chiefly in online and electronic communication) to be honest.

Toilet paper; To cover (a building, trees, etc.) with toilet paper, typically as a prank.

An instance of an article of a person's clothing slipping out of position, tearing, etc., so as to expose part of the wearer's body (originally and esp. a woman's breast) or otherwise cause embarrassment.

What other weird words did I miss from this year? 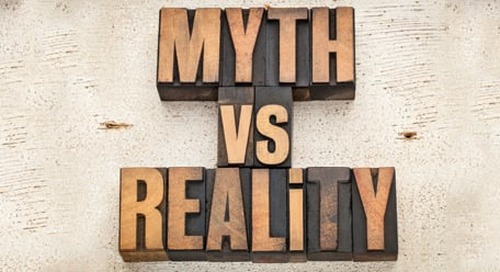 10 Inbound Marketing Myths It's Time to Leave Behind

Many things in life and business are misunderstood and... 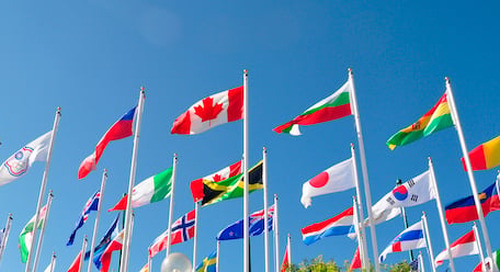 How Do You Market a City? 9 Famous Olympic Bid Videos From Around the World

World-class athletes aren't the only ones vying for selection in...