A Visual History of Apple Ads: 4 Decades in the Making

Apple started advertising in 1976, and for nearly 39 years since, we have watched the evolution of Apple ad campaigns. From print ads to TV commercials, Apple ads have made us laugh, made us cry, and made us wonder, “What were they thinking?”

As an Apple enthusiast and former employee, it was fun to research and write this post. I have been using Apple products for nearly 25 years, and I vividly remember a good portion of these ads. Let’s take a journey back in time and experience the evolution of Apple and its ad campaigns.

A Visual History of Apple Ads

The very first ad that Apple ran was in 1976 for the Apple 1. It looked more like a flyer or a newsletter than an ad. It was quite text heavy with very little imagery. Speckled with a lot of text bolding, it looked like they wanted to cover every inch of available space. So much for the rule of using whitespace as a design element. Another infamous ad that ran in 1979 was titled “The Garden of Eden”. I have to admit, this ad made me laugh-out-loud when I saw it. It has to be one of Apple’s worst ads in history.

Once you get past the graphic (yes,it is a naked man holding an Apple computer), check out the competition's rules: Tell the company what you do with your Apple "in a thousand words or less." A thousand words! Apparently, the winner won a trip for two to Hawaii. I’d love to meet the two that won this trip! The ads in the 80’s weren't much better. They were also text heavy and light on images.They tried to convince consumers that they needed a computer, especially an Apple computer. Apple used acclaimed inventors like Henry Ford, Thomas Edison, and Ben Franklin for these ad campaigns. This commercial ad ran in 1981 and really made me laugh. It is quite dated, and I love how the woman in the ad is avoiding talk show host Dick Cavett's questions. Cavett plays a chauvinist pig asking the little wifey how she likes using her Apple to manage the household budget and store her recipes.

Turns out, she's trading gold futures. As Cavett deadpans his way through the script, she delivers the payoff: "I also own a small steel mill." This commercial ad was funny and engaging – but at this point Apple is five years old and there is still no sense of style about the brand.

In 1984, Apple aired its infamous super bowl ad “1984”. It adopts from George Orwell's tale to suggest that Apple users could smash the PC oligarchy with the new Apple computer. While the product launch was significant, the ad itself, frankly, still didn’t have that “Apple” feel to it.

The shift in Apple ads really came in the 1990’s with the “Think Different” ad campaign. This  ad campaign became very popular because it featured famous people. With the launch of the iMac in the 90’s, Apple’s advertising shifted away from the text heavy ads and became much more artistic and focused more on the product itself. Think Different also became the new slogan for Apple. To this day, this ad campaign is one of my very favorites. The 1990’s also brought bright colors to Apple’s line-up of computers. The iMac was available in five vibrant colors as well as the newest line up of laptops, the infamous iBook. These bright colors made for some very vibrant ads that were cheery and fun. At that time, every young person and college student wanted an iMac in the color that matched their personality. The year of 2005 brought us the popular iPod silhouette ads. They used a silhouette dancing to the music of the iPod, the backgrounds were very colorful and eye-catching. According to Business Insider, Steve Jobs did not like this ad campaign initially. He eventually came around to liking the advertisements, but only after the agency continued to push back. It wasn't the first time that Jobs initially disliked what would later become an iconic advertisement, and it wouldn't be the last either.

In 2006 Apple brought us the Mac versus PC campaign, starring John Hodgman as a PC and Justin Long as a Mac. These commercials did a great job of depicting both the PC user and the Mac user. The campaign as a whole had a consistent feel to it, always shot on a white background.

The newest advertisement to date debuted ahead of the Grammy Awards Ceremony on February 8th, 2015. The commercial was titled “Change” to highlight just how easy it is to record music on the iPad. The ad has a frenetic pace, which differs from most of the company's other spots. It was filmed entirely on an iPad.

It is just another way that Apple is demonstrating through their technology how a product can be used for every aspect of creating a project, from writing and recording music, to actually filming.

The future ad campaign that I am looking forward to seeing is the campaign for the much-anticipated iWatch. I wonder what approach Apple will take? Will it touch at our heartstrings? Will it make us laugh?  I can’t wait to find out. 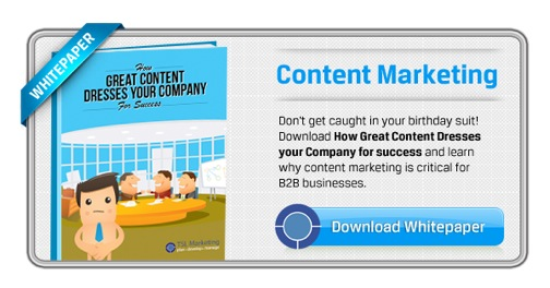 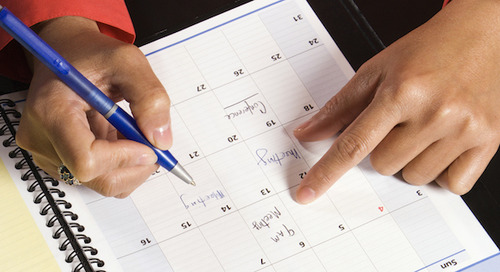 A Simple Guide to Designing a Logo [Infographic]

I think most of us can agree there are generic logos in the world...