Most of the content I read online is short and sweet -- and for the most part, I like it that way. While skimming articles on my commute or between meetings, it's nice when the author gets right to the point. But when I have the time, there's something really special about getting totally engrossed in a gripping, detailed, spun-out story.

That's what a great long read does. There are a few outlets that publish amazing, well-researched, canonical stories; among them The New Yorker, The Atlantic, and BuzzFeed.

Below are some of our favorite BuzzFeed long reads. These are examples of great storytelling that anyone -- marketers, content creators, and just curious humans -- can appreciate and learn from. Enjoy.

1) 36 Hours on the Fake Campaign Trail With Donald Trump

Even though Donald Trump has only ever toyed with the idea of running for office, he still travels the country giving what might be best described as pep talks about his political ambitions. Why bother, especially when he doesn't really have an interest in running for office?

In this long read, BuzzFeed's McKay Coppins spends some quality time with Trump as he travels on his private jet (with gold-plated seatbelts) from New Hampshire to his 17-acre Florida estate. Read the full story to learn how Trump feels about his "fake" campaign, how he got nudged into politics in the first place, and how he feels about the press. What do pop stars like Katy Perry, Ariana Grande, and Vanessa Hudgens have in common? They share one of America's most in-demand vocal coaches, Eric Vetro, who's been in the industry for over 30 years.

Although Vetro's main job is to help singers work on proper technique and maintain their beautiful voices, he isn't just a voice teacher to them. He's a friend, a mentor, and an extremely positive personality, which is a big part of why he's become so successful. In this long read, we're taken through the story of how Vetro built his success, the state of the vocal teaching industry, and what it's like to work with Hollywood actors, Broadway singers, and pop stars.

3) Can You Die From a Nightmare?

Ever dreamt that you were in such imminent danger that you needed to escape your bedroom by jumping out the window -- and then woken up screaming, crouching on top of your desk by the window, about to take the plunge?

Doree Shafrir has -- and it was terrifying. Unfortunately, she's had many, many other dreams just as scary, bizarre, and sometimes even violent. But it wasn't until she read a tragic New York Times news story about a 35-year-old man named Tobias Wong who committed suicide in his sleep (despite having no history of mental illness) that she realized she might be dealing with something called "night terrors." In this BuzzFeed long read, Shafrir shares stories of her own bad sleeping experiences and dives into the science of sleep disorders.

4) How I Escaped a Kidnapping Attempt in Yemen

Gregory Johnsen fell in love with the Middle East in college, thanks to a series of study abroad programs and many return trips for leisure, then graduate school, and then finally, his job as an American journalist. Of everywhere he'd visited, though, Yemen was his favorite -- and in 2014, his editors agreed to send him there in exchange for three great stories upon his return. He got his stories, alright. In this long read, Johnsen recounts how an innocent trip to a local café turned into a nightmare that almost cost him his life.

5) Training, Tanning, and Branding With the Bikini Bodybuilding Stars of Instagram

There's bodybuilding, and then there's bikini bodybuilding: a newer style of competition that's opened up the world of weightlifting to female athletes who want to promote positive body image in a more attainable, approachable way. Ashley Kaltwasser is one such athlete. At 26 years old, she's not just a bikini bodybuilding champion -- she's also something of an Instagram celebrity, and has experienced all the pros and cons of public exposure. In this long read, Amanda Shapiro tells Kaltwasser's story in the context of today's social media trends.

6) The Girl Who Survived the Brain-Eating Amoeba

Before Kali Harding got to the hospital, her parents thought it was the flu. But her 103-degree fever wasn't responding to medication, a spinal tap ruled out meningitis, and her eyes were rolling back into her head.

It was a sample of cerebrospinal fluid that came back with the verdict: Kali had a "brain-eating amoeba" -- a parasite found in fresh water and mud that can enter a person's brain directly by way of their nasal passage. The survival rate for this particular organism? One percent. In this long read, Peter Smith recounts the miraculous story of Kali's survival and the state's hunt for the parasite's origin in the local water system.

"I am trapped in my brain."

"My memories are mixing with imagination."

When Christine Lee had a stroke on New Year's Eve, these are things she wanted to say, but couldn't. She's lost her voice and her words. When she finally got to the hospital, she was 40 years younger than everyone else in the stroke unit. In this tragic and fascinating story, Lee recounts what it was like to experience a stroke and how it affected her thoughts, her movements, her relationships, and her life in the months and years afterward -- the good and the bad.

When he was 23 years old, Drew Philp bought a house -- a fixer-upper, you could say. In a city where abandoned houses and buildings are commonplace and young people are flocking to other, more prosperous cities, Philp decided not only to stick around Detroit, but to invest in it. In this long read, learn the story of how one man took what he called "an American vision of torment" and created a home.

What are your favorite long reads (BuzzFeed or not)? Share them with us in the comments below. 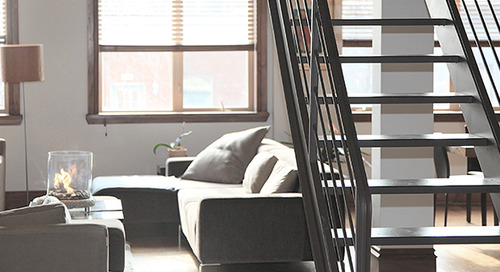 8 Ways Home Builders Can Use Houzz for Lead Generation

Since its inception in 2009, Houzz.com has quickly become a... 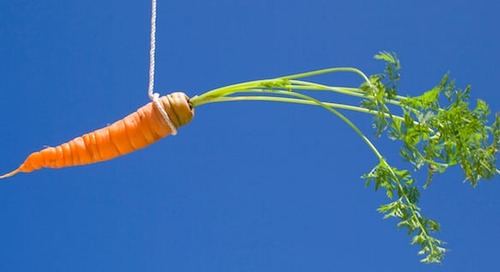 Just like some words are more persuasive than others, some designs...