Communication is the lifeblood of sales and marketing. Successfully closing deals, providing value, explaining complexities -- they all rely on your ability to express yourself clearly and persuasively.

The outreach email is a special breed of writing. You only have a very small window of opportunity to capture your reader’s attention and convince them to move one step closer toward a purchase or intended action. Use these writing techniques to ensure your emails pack the most punch.

7 Powerful Persuasion Techniques to Use In Your Next Email

Okay, so this isn’t exactly a writing tip. But it’s the foundation upon which your email’s effectiveness is built. If you don’t understand your audience -- whether it’s someone who’s hesitant to buy, or a happy customer you’d like to upsell -- you won’t be able to write persuasively.

Why it works: Social proof describes the tendency to make choices based on other people’s decisions, because we believe those decisions reflect the right choices. You're already leveraging the concept of social proof through customer case studies and social proof, why not extend these efforts into your emails?

How to use it: Reference high-profile customers or the size of your customer base. If you're trying to move a potential customer towards a purchase, try pointing out how many of their competitors and peers use your product.

3) Get your foot in the door with a small ask.

Why it works: Once someone says “yes” to a small ask -- the proverbial foot in the door -- they’re more likely to agree to future requests.

How to use it: Ask your recipient a question that they are unlikely to say no to.

4) Include a headshot in your email signature.

Why it works: When we make eye contact with people, we feel a subconscious sense of connection. In one Cornell University study, researchers edited images of the Trix rabbit mascot, then asked adults to pick between several cereal boxes bearing different versions of the image. Participants most often chose the box where the rabbit was directly looking at them.

How to use it: You can’t make actual eye contact through email, and by no means should you include a massive photo of yourself in the body of an email -- that’ll just make people uncomfortable. But it can be easy to forget that there’s a person on the other end of your emails. Including a small headshot of yourself in an email signature is a subtle way to remind people that you’re human, too.

5) Agitate and solve the problem.

Why it works: Even if the person you're emailing is already aware they have a problem in one area or another, it doesn’t mean they’re prepared to solve it. But emotion is a powerful thing. Whether it’s subconscious attachment to the old way of doing things causing inertia, or fear of making the wrong decision, your prospect won’t always warm to your product immediately.

To convince them, you’ll often have to talk about the problem in emotional terms, then swoop in with a solution to demonstrate how you can help.

How to use it: While you should never attempt to over-exaggerate a business pain or spin one out of thin air, use the agitate-and-solve technique when it’s clear they haven’t fully conceptualized the cost of inaction.

Find out what matters to them. Is it personal professional achievement that drives them forward? A desire to grow the business’ bottom line? Then show how inaction will only worsen their current situation, and demonstrate why your product would help.

Why it works: Giving people a reason why you need something -- no matter how ridiculous -- makes it far more likely they’ll do what you ask.

Psychologist Ellen Langer conducted a study in which experimenters asked to skip ahead in line at a Xerox machine. When they asked, “I have five pages. May I use the Xerox machine?", they were allowed to skip the line 60% of the time -- not a bad outcome.

But when they asked, “I have five pages. May I use the Xerox machine because I have to make some copies?”, 93% were allowed to skip the line.

Despite the fact that everyone else in the Xerox machine line needed to make copies, they complied with the request simply because the experimenters provided a reason.

How to use it: We wouldn’t recommend making up ridiculous excuses to get your prospects to sign a contract -- that’s not good for anybody. But even providing a simple explanation -- “I’d like to set up a meeting with you because I can help with X strategy” -- could pay huge dividends.

Why it works: Nobody likes to be told what to do. And even if you’re not being pushy or aggressive, many people will still chafe at the suggestion that you know what’s best for them.

A simple reassurance that you’re not attempting to push your preferences or worldview onto them is powerful. Across 42 psychology studies involving 22,000 subjects, it’s been demonstrated that using a phrase like “But the decision is yours” could double the chances that someone would say yes to a request.

How to use it: You don’t want to overuse this one -- tempering every recommendation you make by reminding prospects they have no obligation to listen to you isn’t a great idea. But when you’re asking for a larger commitment or are dealing with a jumpy prospect, dropping in a reminder that you’re not here to force them into anything can be a powerful technique.

When we last spoke, you mentioned that you were worried about migrating your system from your current tool to ours. Sales Engineer Sally put together this this high-level overview of the process, which is designed to be as easy on our customers as possible -- we can discuss this on our call tomorrow. In the meantime, based on our previous conversations I strongly believe this switch is the best long-term solution for your company -- but of course, the decision ultimately rests with you. Let me know what you think."

How do you make your sales emails more persuasive? Let us know in the comments below. 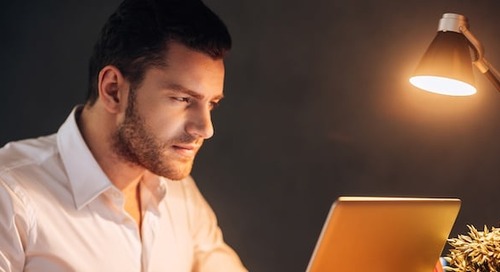 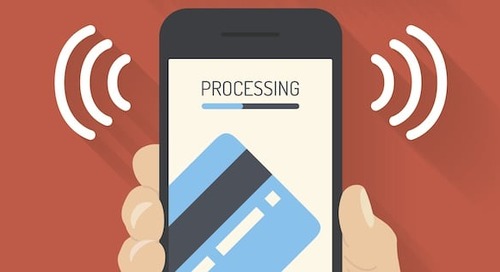 So, we’re firm believers that your buyers should have several different options when it’s time t...