7 of the Greatest Creative Collaborations of All Time

In a 2013 article in Forbes, contributor Ruth Blatt wrote about why “supergroups” -- bands comprised of independently successful artists -- so rarely work out when such an assemblage of talent should otherwise predicate success.

She wrote: “The problem with the additive assumption underlying 'supergroups' is that it does not account for the process losses that come from egos, quirks, over-confidence, sense of entitlement, and the expectation to lead that stars bring to the team. And it doesn’t account for the skills required to build synergy on the team. Talented individuals need other-focused people around them who will support them and put up with their quirks.”

In other words, Blatt is asserting that great collaborations do not originate from just throwing equally talented individuals on a project, but rather the coming together of both talent and complementary personalities. Done right, the collective will stands to achieve more than any one individual.

Yet, when we think about those that have accomplished a great deal, be it in film, music, art, or advertising, how often do those thoughts drift to the individual rather than the group? In the U.S. especially, we’ve come to cherish rugged individualism -- the auteur director, the leader singer who sheds the boy band and becomes a best-selling solo artist, the renegade creative director (i.e., Don Draper). Teamwork doesn’t strike the same cultural cord as blazing one’s own trail, and even when we do celebrate collaborative accomplishments, we categorize the contributors as “superstars” or “role players.” And that’s wrong.

It’s time we celebrate the team, which can accomplish so much more. Below is our attempt to shed light on the best creative collaborations of all time.

7 of the Most Creative Matchups

Starting in the mid 1980s, Warhol and Basquiat produced numerous works, experimenting with a type of collaborative art in which one (usually Warhol) would begin a painting, and the other would add to it, passing it back and forth until a completed project was agreed upon. Stylistically, the paintings were a departure from what either had -- or most likely would have -- accomplished prior to teaming up. Eventually, their efforts were exhibited by the Tony Shafrazi Gallery in New York. There are numerous musical duos that could be considered great collaborators -- Mick Jagger and Keith Richards, Johnny Cash and June Carter, Simon and Garfunkel -- but no pair stands taller than the creative force of Paul McCartney and John Lennon.

Highly competitive, the duo frequently challenged one another. John would write Strawberry Fields, and Paul would respond with Penny Lane. It was a relationship of one-upmanship that pushed each of them to be their creative best. Without each other, whose to say the Beatles would have become, well, the Beatles? Common thought holds that F. Scott Fitzgerald was a literary titan, writing classics such as The Great Gatsby and This Side of Paradise, while his wife, Zelda, was the less talented of the pair -- her accomplishments as a writer were buoyed only by her husband’s immense fame and talent. Common thought is wrong.

Zelda helped edit and craft Fitzgerald’s work, including suggesting the title of The Great Gatsby. She penned numerous works, including Save Me the Waltz, and she published essays under her husband’s name, meaning that some of the literary gravitas associated with F. Scott is actually owed to her. The four brothers founded Warner Brothers, the famous motion-picture studio, and shortly thereafter introduced to the world the first genuine “talkie,” changing film-going forever. Knowing their talents, they divided themselves across the different facets of the business, with Harry as president and in charge of the New York headquarters, Albert as treasurer and head of sales and distribution, and Sam and Jack leading the studio in Hollywood.

Together they revolutionized cinema, popularizing the gangster genre with films like Little Caesar (1931) and Scarface (1932) and producing some of the most notable movies to come out of the Golden Age of Hollywood, including The Maltese Falcon (1941), Casablanca (1942), and A Streetcar Named Desire (1951). Though more closely associated with Apple in the minds of the general public, Steve Jobs’ collaboration with computer scientist Ed Catmull and producer and now chief creative officer John Lasseter led Pixar from being a relatively fledgling film studio to the gold-standard in cinematic computer animation.

Beginning with the first computer-animated feature film, Toy Story, in 1995, Pixar created some of the most beloved animated films and characters of all time, winning seven Academy Awards for Best Animated Feature along the way. They include Finding Nemo, The Incredibles, Ratatouille, WALL-E, Up, Toy Story 3, and Brave, two of which --Toy Story 3 and Up -- were also nominated for Best Picture. Together, they brought moviegoers such classic theme music from Jurassic Park to Indiana Jones to Jaws.

When tasked with marketing the smaller Volkswagen Beetle to an American market that loved their automobiles big and fast, copywriter Julian Koening teamed with art director Helmut Krone under the supervision of William Bernbach to create one of the most iconic advertisements of all-time: Think Small.

Each of them nailed their respective tasks -- Bernbach’s leadership, Koenig’s clever wording, and Krone’s spectacular design -- to great effect, and the result was nothing short of a revolution in advertising. For a detailed breakdown on what made the advertisement so genius, we recommend you read Ad Age’s countdown of the top 100 campaigns of the 20th century, where Think Small tops the list. What creative teams have inspired you? Let us know in the comments below! 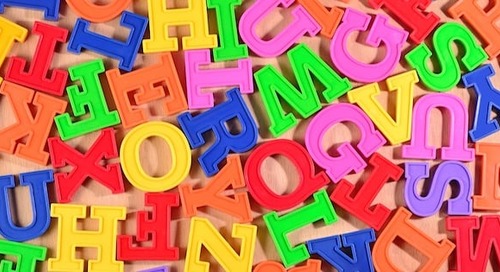 13 Case Studies That Prove the Power of Word Choice

Your website copy is responsible for more than just presenting your visitors with basic informat... 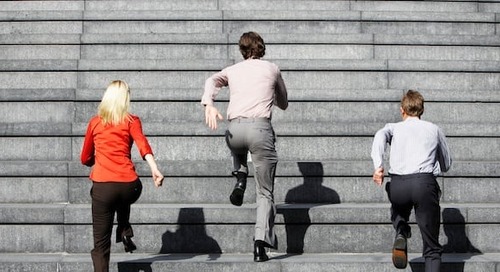