After writing several thousand blog posts and articles, I’ve learned something about writing: It’s not just what I write that’s important; it’s also what I don’t write.

There are some things you should simply not write. I’m not referring to well-placed curse words or salacious stories. There’s a time and place for everything -- except the following five awful writing habits.

If you’re guilty of one or more of the following, take this as a warning. It’s time to improve your writing by eliminating them once and for all.

1) More Than One Exclamation Point

Every exclamation point beyond the first one ruins your credibility by at least 25%. I totally made that statistic up, so please don’t take it as scientific fact.

However, I can say that the more exclamation points you use in succession, the weaker and less believable your point becomes.

If you feel that you must use an exclamation point, then limit yourself to one and only one.

According to UX research and eye-tracking studies, many people skim on the web. Most people don't have the time or patience to snuggle up with a great article and just read it.

Instead, people scan. Their eyes flit across the screen, picking up key phrases, surveying the main headings, and glancing at the images.

Can you relate to this? How likely are you to read a paragraph that goes on, and on, and on in an unbroken onslaught of words?

Thankfully, there’s an easy way to avoid this problem in your writing.

See that return key on your keyboard? Ok. Press it.

Write a sentence or two. Press it again.

Buzzwords are words (or phrases) that lack concrete meaning. They are popular, but that’s the limit of their usefulness.

Since I work in the startup culture, I hear a lot of buzzwords. At first, a buzzword sounds cool. I use it a few times, and feel smart. Eventually, everyone uses it, and it becomes meaningless at best and annoying at worst.

Some of the greatest jargon offenders are article titles, with all their “mindblowing” blather and “unbelievable” claims. Jargon is jargon, and while it may bait some clicks, it won’t truly blow anyone's minds.

Juvenile expressions like “epic” and phrases like “just saying” have had their heyday. But for some reason, we still hang on to our business buzzwords.

Here’s a list of buzzwords that you should probably stop using:

In the marketing space, we also have our own set of pet buzzwords:

Can you use these words sometimes? In the right context? With a specific purpose?

Fine, go ahead. Just be careful. Don't overuse them.

If you don’t make your point in the first few sentences, forget it. You’ve lost a lot of your readers already. The article might as well be done.

When you sit down to write an article, simply write what you want to say. Get to your point quickly.

I recently came across an article that started out something like this:

My husband John brought many valuable qualities to our union: He's smart, kind, charming, sweet, and has good taste in movies. He also loves good food (especially cheese), and makes me a big cup of tea every single morning.

What could this article be about? Romance? Divorce? Watching really good movies? The value of daily cups of tea?

Nope. The article was supposed to be about preparing a certain type of food -- I came there learn about that, and only that. Instead, what I had to scroll through was an off-the-topic story about someone’s husband. Not ideal.

Stories are great, as long as they serve to reinforce your point. So do it quickly and do it confidently.

Don’t be vague. What does it mean to be vague?

Vague writing is unclear, uncertain, indefinite. You know you've found it when you read a blog post and wonder, “What the heck is he trying to say?!”

Vagueness kills me when I read it. My eyes move across words, through paragraphs, and I have no idea what ideas are within the author’s mind. All I’m getting is too many words and too little meaning.

A vague writer is expecting his readers to intuit the ideas or to uncover the hidden meaning. The reality is, most readers don’t want to work to understand what you’re saying. They want it handed to them as clearly and as explicitly as possible.

Here is how not to be vague:

Brands and individuals are publishing way more content than ever before in the history of mankind.

Some would say that we’re publishing too much content. Maybe so.

But whatever we publish, it needs to be good. If you stuff your article with all the things I’ve just described, then it definitely won’t be good.

Let go of the garbage and your writing will become dynamically and mindblowingly epic!!!!! 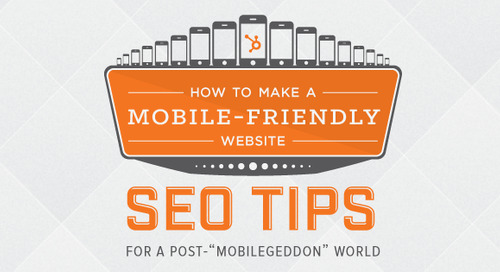 How to Make a Mobile-Friendly Website [Free SEO Guide]

The search engine goliath Google hath laid down its wrath once... 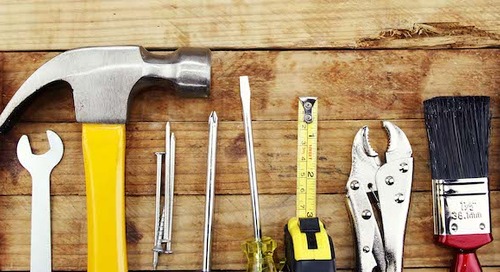 5 Cheap (or Free!) Digital Tools You Could Be Using for Your Ecommerce Site