When display advertising first surfaced in the world of marketing, many marketers were left with a bad taste in their mouth. The ads we were being presented with lacked context and value, and as a result, many of us were quick to deem them untrustworthy.

At HubSpot, we held onto this notion for a while. There was just something about paying for an irrelevant banner ad that didn't sit well with us. But then things started to change ...

As technology advanced, we started looking at display advertising -- digital advertising in general, really -- in a new light. Sure, there are still a ton of horrible, spammy ads floating around, but there are also a lot of effective ones.

So what's the difference between the good and the bad? Let's take a look at how display advertising has changed, and how you can make it work for your business if you decide to incorporate it alongside your inbound marketing strategy.

To learn how to make display advertising actually work for you, download our free guide here.

What Is Display Advertising?

In the simplest of terms, display advertising refers to the use of ads -- from text to video to audio -- on a website. Display advertisements serve as a way for businesses to monetize their website traffic, as advertisers pay to have their promotion displayed alongside the content on the page.

While the concept was initially appealing to both businesses and advertisers, early implementation strategies lacked scalability. The process of getting your advertisement on a website fell back on a direct sales process between the advertiser and the website owner where ad space could be purchased on a cost-per-thousand basis. This approach carried on for a while, however, the exchanges between companies weren't necessarily rooted in context, meaning that the advertisement often had little to do with the content on the page. This led website visitors to become skeptical of the ads they were seeing, and ultimately resulted in what we know today as "banner blindness."

However, more sophisticated means have surfaced since then, allowing advertisers to serve up contextual advertisements that are more well-received by visitors. Thanks to ad exchanges and real-time bidding, advertisers can choose to bid only on ad space that is relevant to them, based on the targeting criteria of the audience. In addition to this change in process, the introduction of more seamless advertising techniques such as native advertising and retargeting have helped to reshape the way people are seeing and engaging with advertising material online.

While display advertising is continuing to evolve for the better, all this change ultimately comes with a learning curve. There's a lot to be considered when planning to run a paid ad, and without a clear concept of what a display ad done right should look like, mastering the method has become an ongoing challenge for many businesses.

10 Shocking (But True) Stats About Display and Banner Ads

The Right Way to Do Display Advertising

As we mentioned before, paid online advertising has come a long way since its inception. Yet according to Unbounce, 98% of advertisers are wasting money on ads. What seems to be the problem?

It boils down to a lack of understanding -- both in terms of how to leverage the channel in a way that makes the most sense for a business' specific goals, and how to master the software required to do so.

You see, effective display advertising no longer falls within the constraints of banners and skyscraper ad units. Rather, it has made its way into your News Feed on Facebook and it's living alongside the updates of your connections on LinkedIn. As we said before, it took us at HubSpot awhile to realize this. In fact, it was our customers who actually convinced us that display advertising isn't all that bad. A recent post on the subject from HubSpot CTO and co-founder Dharmesh Shah revealed that 53% of our customers admitted to using ads alongside their inbound efforts. That's a lot.

So to ensure that they had the means to succeed with this new wave of display advertising, we partnered with LinkedIn and Google and created the HubSpot Ads Add-On. The way we see it, these advertising leaders offer services that can help people execute on digital ad campaigns in a better way. What does that mean exactly? Let's take a look ...

Unlike the confused banner ads we've grown blind to, LinkedIn Sponsored Updates fit seamlessly into the professional platforms we've grown to trust. Taking the shape of an organic update, these "advertisements" are tailored to a specific audience using advanced targeting criteria to ensure they're relevant to your interests and needs, like this one from Uberflip: With AdWords, businesses can align keywords with their business goals to remain in front of their customers -- both potential and existing -- without being too invasive. Search advertising with AdWords is effective because it enables you to reach your audience in real-time by displaying your ad when they input a search that matches the product or services you offer.

To demonstrate the relevance, check out the ads that I was presented with when searching for lunch delivery options:

With the flexibility to choose where your ads appear and how much you spend, the future of display advertising is sure to be even more promising.

Has your business experimented with display advertising? Tell us about your experiences in the comments section below.

Editor's Note: This post was originally published in 2013, and has been updated for accuracy and comprehensiveness. 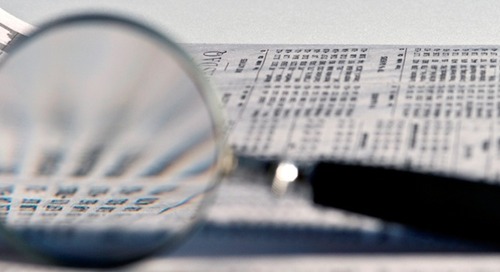 7 Game-Changing Marketing Trends To Tackle in 2016

Marketing constantly adjusts and reacts to changes in technology and attitudes. While digital ... 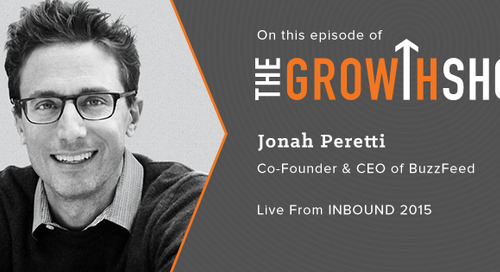 Inside BuzzFeed With Jonah Peretti: The Secrets to the Media Empire's Growth [Podcast]

When Jonah Peretti was in college, he didn't think he'd be founding and growing two of the bigge...