Hiring freelancers is an excellent way to help create the content you need with limited resources. Many marketing organizations and agencies find them essential to the way they do business.

But once you've hired these freelancers, you're going to have to manage them -- which can be difficult when they don't come with knowledge of the ins and outs of your business and your clients' businesses. So how do you manage these characters of the great communication sea?

In the early stages of my career, when I first entered the waters of creative director quality, I was given the responsibility to hire and manage freelancers. That was fun. And then, years later, I actually became a freelancer -- but that’s another story for another day.

Below are ten, straight-to-the point ways to manage freelancers and get the most out of the relationship for your agency, for your clients, and for the freelancers themselves.

1) Identify the need for freelancers well in advance.

There’s nothing like scrounging around for freelancers when, all of a sudden, you realize you need them. Because I assure you there won’t be any available when you’re the most desperate. That’s the way it works. Now, let’s be realistic here: In the advertising world, this changes every second. Nonetheless, be prepared and have a list. Identify your "go-to team" for last-minute jobs, your "A-team" for serious, important jobs, and your "junior-level team" to handle smaller projects.

Analyze your situation carefully and ask yourself if you really do need outside help. Perhaps with a bit of internal wrangling and scheduling, you may have the resources in-house to handle your project. Believe me, you’ll look like a problem-solving genius in the eyes of your superiors!

2) Create an annual budget for freelancers.

It is more efficient and less of a hassle to create an annual freelance budget than to deal with budgeting every time you need to hire someone. Make sure your managers, the finance department, and the human resources department are aware of your need and that they will work with you on a budget.

That leads us to fees: All freelancers have day rates and hourly rates. The fewer days you use them, the higher the rate you’ll pay. Steer clear of hourly rates, which are a waste of money. It’s in your best interest to get a long-term contract if you can and if the project warrants it. You’ll save money as freelancers will cut their rates because they’ll be happy about having guaranteed work.

3) Hire the right freelancers for the agency and for the job.

I can’t stress this enough: Hire people who represent the values of your agency. Hire freelancers whose skills match the project. Don’t hire a team that specializes in television if you need print, even if they say, “Hell yeah, we can do that!” Their hearts won’t be in it, and you’ll pull your hair out trying to get what you want.

Also, hire the right level of freelancer for the level of work to be completed. Don't hire someone with 20 years of experience for a junior-level project. You may think that because that person has the clout, he or she will get the job done faster and better, which will save you money. Not true. More likely, the freelancer will be bored and will squeeze your job in between bigger jobs that he or she is excited about. I call those “filler slots" -- every freelancer has them. They’re the ones that pay the bills.

I had a client call me out on this once: The client read some copy I had passed off that had been written by a freelancer. The client said it sounded different. I told the client I had a freelance team helping me. OK, I was young and dumb, but remember that a freelancer’s work is still your work. And clients hire you for your work. So be up-front about it -- most clients don’t care as long as the freelance work is included in the budget and is part of your agreed work plan, and the talent is well-respected, understands the brand, and is being managed by you.

5) Define the project and scope of work.

Get the freelance team a brief, just as you would an internal team. Make sure the freelancers know exactly what the project is and what's needed, including budget, deadlines, materials, and most importantly, deliverables. Be aware that if the scope of work changes, it may change your original contract. You will still owe freelancers for the original contract and any extra money for the new scope of work. Finally, leave nothing open-ended. Define what you’ll pay for and what you won’t, such as travel, food, postage, and so on. I can’t tell you how many times I hear that the biggest issues between agencies and freelancers is paying for travel.

Make sure freelancers know what’s expected of them beyond deliverables, such as agency protocol, values, and culture. I like for freelancers to come to the office and work closely with me or my teams. It’s easier than communicating by phone, setting meeting times, and such. You’ll find the work is better and is completed faster as questions and concerns can be addressed quickly.

But not all freelancers like being in the agency’s building, and that is fine. For very good freelancers and those you’ve worked with before, it's usually not a problem for them to work from home. Just make sure you stay on top of the situation.

Consider this example: I worked on a TV project that was sold through to the client. However, the agency’s policy was that freelance teams couldn't travel and be on set to do the work -- that had to be done by an agency employee. Lesson learned. Policies are good and help keep control of the work, so define what you will and won’t accept.

8) Don’t give only crappy projects to freelancers.

In return, they’ll care about your agency -- and in turn, your clients. If you hire the right people, that shouldn’t be a problem. But I am referring to your attitude toward freelancers. Treat them as well as you would treat your own employees because they actually are.

10) Be clear on reporting structure.

I had a freelance team working for me, and when I looked at their hours, I was completely shocked. I asked them what the deal was, and they told me that one of my colleagues had asked them to do some work outside of my project. What? I also had a team taking direction from another manager about my client. What? Again, make it clear who they report to. 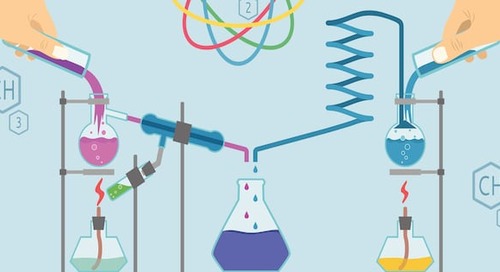 The Science of Persuasion [Infographic] 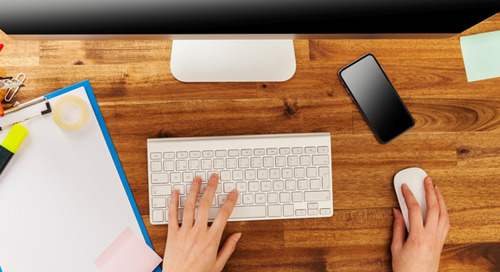 A hot topic lately has been about increasing employee productivity...